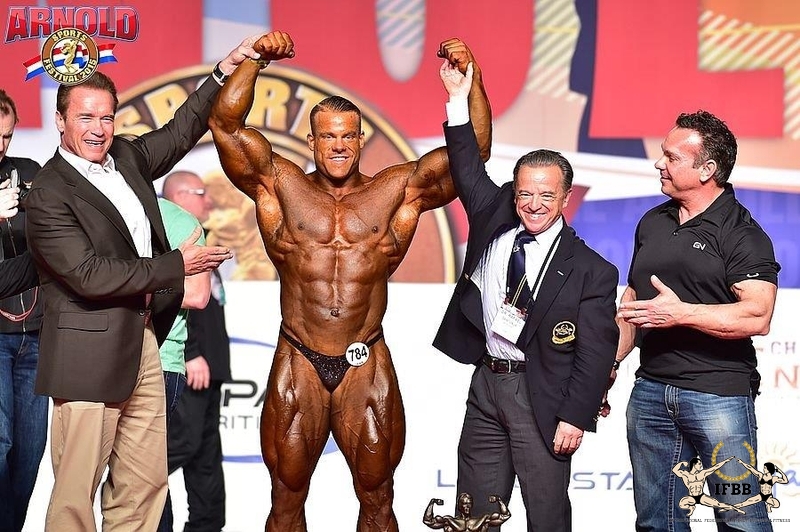 Nearly 100 extreme bodybuilders were fighting for trophies in 7 bodyweight categories. Top trophies went to competitors representing 6 countries and only China won two categories. This “China syndrome” is interesting as this huge country renewed its IFBB affiliation last year and immediately started to win medals, what means that bodybuilding and other IFBB physique sports have been practicing and progressing there. Only one 2014 champion, Hamad Alshatti (Kuwait) came to regain the title but failed, drop ping to the 2nd position in the 75 kg category. But, in general, Kuwait was the most successful bodybuilding team this year, winning 5 medals (2 silver + 3 bronze). China and Brazil won two medals each and the next 12 countries won single medal each. Medals went to 5 continents, with unquestionable dominance of Asia: 4 countries won 9 medals (43%). Then Europe with 4 medals, South America and North America with 3 medals each. Finally, Africa 2 medals.

Up to 70 kg category: strong team from Sri Lanka didn’t come, also Karanjeet Singh (India) and the next top Indian bodybuilder Manoj Majumder moved to classic bodybuilding (and won there). On the other hand, Francesco de Assis (Brazil) who usually competes in the heavier class was registered in this class this time. Last year’s 3rd place winner Makoto Tashiro (Japan) dropped to the 5th position. Chinese bodybuilder Zhonghua Zhuo got the perfect scores and wan this class, ahead of the North American champion Eduardo Corona (Mexico) and de Assis.

Up to 75 kg category: top two from 2014: Hamad Alshatti (Kuwait) and Antonio Bellaroba (Switzerland) failed to defend their positions. Alshatti lost the title to Chinese master bodybuilder Jicheng Qian who first won the 2nd place in the masters 40-49 years old class. Bellaroba dropped to the 5th position. Third place went to Tien-Chin Lin (Chinese Taipei). Just behind him (1 point) we can see Mauricio Velazquez of Mexico.

Up to 80 kg category: disappointed results for the last year’s top three: Mirco Caselli (Italy), Isaquiel Balbi (Brazil) and Masashi Suzuki (Japan). Caselli dropped to the 10th place, Suzuki to the 8th position and only Balbi managed to stay in the top three, finishing in the 3rd place. New, short and very muscular athlete from Singapore, trained by Dennis James (Team Menace) Adya Novali, won this class, 1 point ahead of the 2013 CAC champion Yilberto Vázquez (Dominican Republic) and two-points ahead of Balbi. Very close battle.

Up to 85 kg category: the next category, where 1 point decided about the final victory: 2014 Arnold Europe champion and Olympia Amateur winner Ahmad Ashkanani (Kuwait) lost to the 2014 Olympia Amateur Africa winner Michael Adonis (South Africa). Both were nominated in higher categories (Adonis in 100 kg class!) but the pre-contest cycle revised all these expectations and they finally “landed” in 85 kg category. Behind then the next two famous names: 2014 Asian champion Mohammad Alhawaj (Kuwait) and world top master bodybuilder Luis Carlos Sarmento (Brazil) who, at age 51, cancelled his participation in the masters class and moved to the open category, winning the 4th place, ahead of other 13 competitors!.

Up to 90 kg category: there were a couple of well-known bodybuilders like European Championships runner-up Chakib Bouhlal (Italy), Asian Championships bronze medal winner Redha Alqabandi (Kuwait), Arnold Europe finalist Jose Luis Fernandez (Colombia), Arnold Brazil winner Jorlan Vieira Nascimento (Brazil) but the winner was someone else: new US bodybuilder Ahmed Elzaiat, who debuted at Arnold. Fernandez took the 7th position, while Bouhlal was the runner-up, ahead Alqabandi and Arnold masters 40+ champion Luis Ricardo Plata (Colombia), who pushed Nascimento down to the 5th position.
All above mentioned champions were scored between 13 and 20 points, so differences were small.

Up to 100 kg category: great comeback of the 2007 World Championships runner-up Mustafa Naseem (Egypt). His close lost duel against Eduardo Correa was the most exciting battle at those Championships. What’s interesting, Correa also participated at this year’s Arnold but in the pro 212 division. Typical endomorph, Naseem, displayed big muscles mass and size and was very close to win the overall (finally lost to Lukas Wyler only). 2013 Canadian champion and Anthony Searle was the runner-up. It was his second Arnold after his debut in 2012 (4th place). Ludovic Bogaert (France) has a long contest history but in the other organization. In 2013 he moved to the IFBB and won the French Nationals. Now debuted internationally with quite good result: 3rd place.

Over 100 kg category: The winner Lukas Wyler (Switzerland) was not a new face on the stage in Columbus as he debuted last year finishing 7th in the super heavyweight category. His main and demanding opponent Sergey Kulaev of Russia also debuted last year at Arnold, taking the 3rd position. Beside similar muscle mass (116 kg) they showed an impressive muscle quality. Then 2012 Asian Championships bronze medal Sayed Alrefaei (Kuwait) with bodyweight of 107.5 kg and 2012 World Championships runner-up Ossama Ashour (Egypt) who weighted 101.9 kg only (failed to drop his bodyweight below 100 kg heavyweight limit?). In the 5th place former classic bodybuilder Miroslav Kalich (Czech Republic), with a solid bodyweight of 114.6 kg and promising perspectives. With body height of 192 cm he may be a future bodybuilding giant!