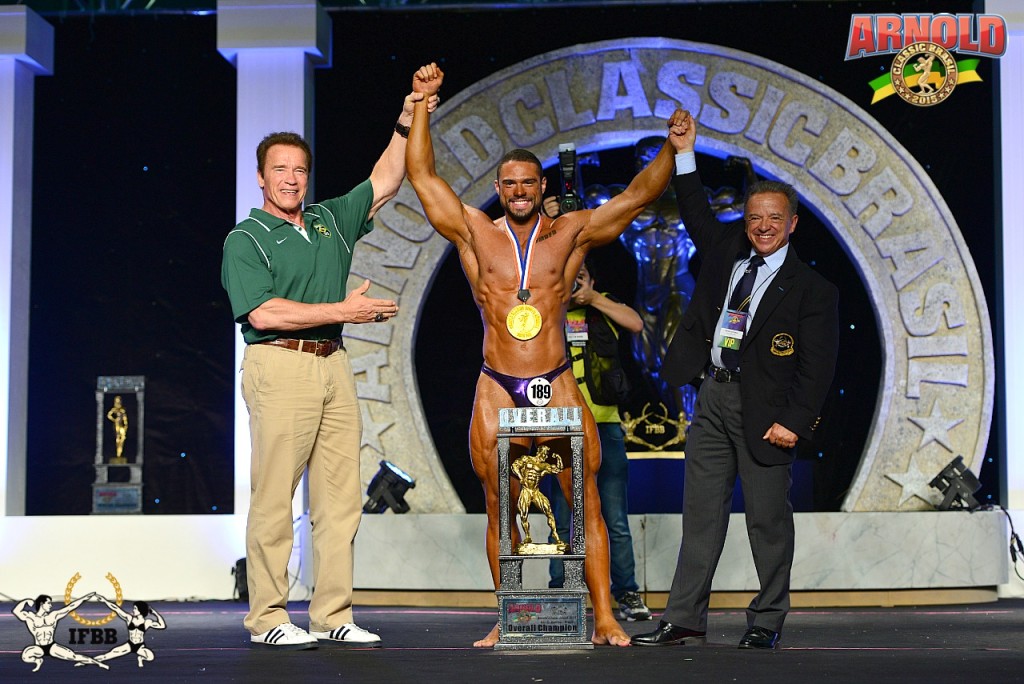 Arnold Classic Brazil has been flourishing like a tulip and this 3rd edition was really impressive breaking the barrier of 500 athletes. The only problem for the IFBB officials was how to pack all this activity in the two-day frame? Finally, IFBB Judges Committee Chairman Pawel Filleborn proposed to classify the top ten athletes in all categories only, creating shorter semifinals. It was approved, so it was possible to finished the contest with over 500 athletes in two days only, what is the IFBB new record, I guess. What to do next year? If the number of athletes has become closer to 1000 there will be no other way than to add one day more the event.

Traditionally, this Arnold Classic was honoured by the presence of Gov. Arnold Schwarzenegger, IFBB President Dr. Rafael Santonja and South American Bodybuilding and Fitness Confederation President Juan Paredes, not to mention the host country Bodybuilding Federation President and IFBB Technical Committee Chairman Prof. Mauricio Arruda. They presented the top trophies to the winners during the awarding ceremony as well as promoted the event, taking part in important meetings, as well as visiting other sports events, what was met with great applause of athletes and spectators. This is the real Arnold Sport Festival, the biggest sport event in the world, attracted thousands of athletes in four continents: North and South America, Europe and Australia. Asia will follow soon.

Arnold Classic Sport Festival, having been limited to one event in Columbus, Ohio, through its first 20 years, really exploded since the promoters started to cooperate with the IFBB few years ago. This was due to the huge popularity of the Arnold Amateur Championships included most of the IFBB official sport divisions. Nowadays, Arnolds can attract as many athletes as European or world championships, creating new, wide platform for rivalry, as the number of participating athletes are not limited, so all those athletes who failed to qualify to the National Teams for the continental or world championships have the “second chance” and possibility to compete at the IFBB top international event and to challenge the champions.

This Arnold Brazil was a huge success. What will be next year? We wish them to be even more successful and set new records!