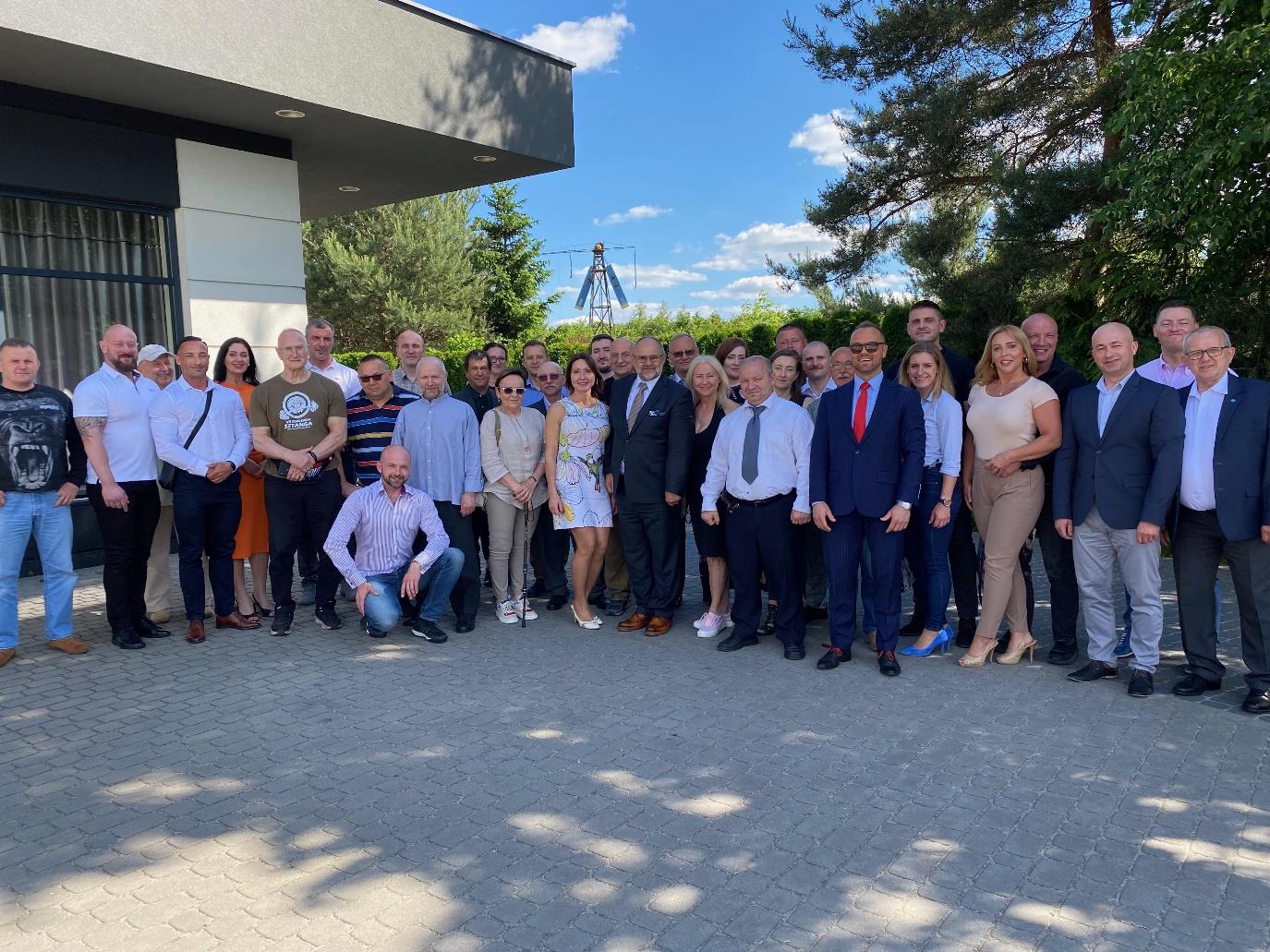 On Saturday, June 11th, 2022, the 8th Polish Federation Electoral Congress took place in the top modern Avangarda Hotel in Rozan, Poland. Nearly 40 delegates representing bodybuilding, fitness and powerlifting associations from around the country gathered to discussed and evaluate the passing four-year term and elect new President, Executive Council and Auditing Committee.
The passing 4 years were especially successful for the Federation in the general activity. First, in 2021, Polish Federation (PZKFiTS) were recognized and become a member of the Polish National Olympic Committee, what had been our dream for over 60 years of the physique sports development in Poland. Second, our next dream for over 60 years was to have our own residence. Finally, in 2020 we purchased our new headquarters in Warsaw in a newly constructed apartment building.

Regarding the sport achievements, our national teams won 186 medals (67 Gold, 56 Silver, 63 Bronze) at the European and World Championships in the above period of time and 488 medals (172 Gold, 169 Silver, 147 Bronze) at other IFBB international events (Diamond Cups, Grand Prix, Arnolds etc.)

Elections of the President and Ex. Co. members were run as a secret ballot.
Following his 24-year experience at this position, Mr. Pawel Filleborn was elected Polish Federation President for the next term: 2022-2026, receiving nearly 100% votes.
Then, the 12 members of the Executive Council were elected, with the following persons at the top positions:
– Vice-President for Bodybuilding: Mr. Andrew Michalak
– Vice-President for Fitness: Mr. Arkadiusz Leszczynski
– Vice-President for Powerlifting: Mr. Grzegorz Nocek
– General Secretary: Mr. Radoslav Grzechnik
– Treasurer: Mr. Miroslaw Lukasiuk

Congratulations to the newly elected officials and we wish them a lot of success in sport and administrative activity.