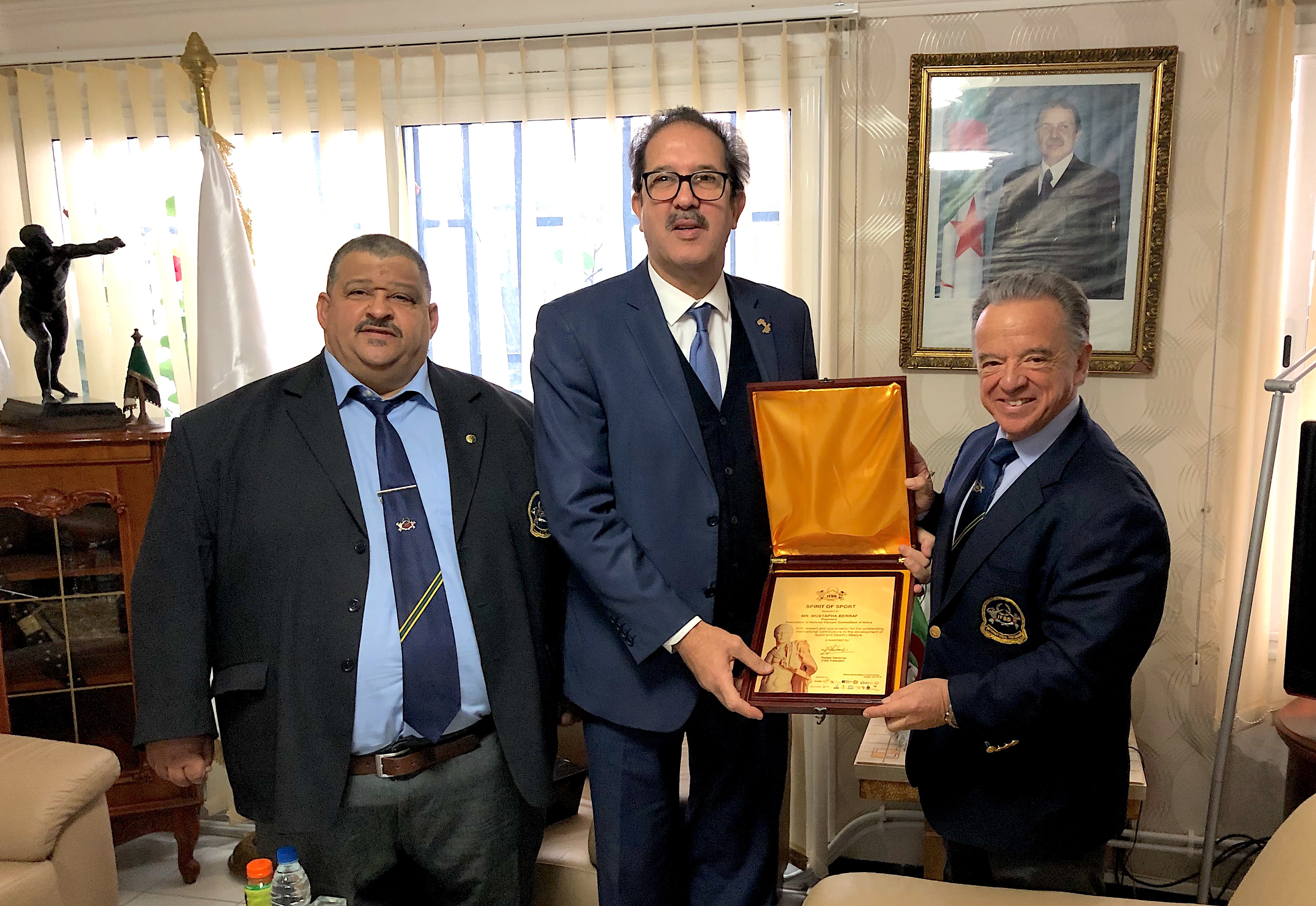 On the occasion of his visit to Algeria, in order to attend the 2018 African Bodybuilding Championships; Dr. Rafael Santonja visited the Headquarters of the Algerian Olympic Committee (COA) having an official appointment with its president, Mr. Mustapha Berraf, as well the president of the Association of African Olympic Committees (ANOCA). During its meeting, joined by Mr. Moussa Messaour -president of Algerian Bodybuilding Federation (FABBFPL) and a very experienced IFBB official-; both executives spoke about the following next coming activities and the incorporation of Bodybuilding and Fitness to the Olympic Program, in Africa.

President Mustapha Berraf, a former basketball champion; is a very respected member of the Olympic family, being as well the Vice-president of the World Association of National Olympic Committees.

The meeting held in the COA Headquarters was very warm and fruitful, with very good outcomes for the African IFBB family. The Olympic dream and the inspiration for African athletes & IFBB family is coming through!