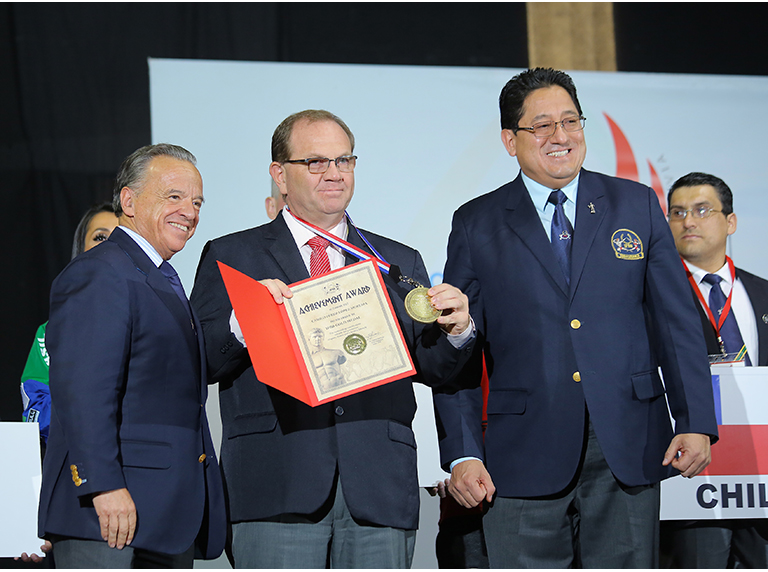 Led by President Santonja, IFBB continues its progression in America and its integration into Olympism. Organized by the Olympic Committee of Argentina and the South American Sports Organization (ODESUR), the 4th edition of the South American Beach Games will be held, on March 14th – 23rd, in the city of Rosario; in what will be the great launch of Bodybuilding & Fitness with Olympism.

The 2019 South American Beach Games will feature an IFBB competition that will include the modalities of Classic Bodybuilding, Bikini Fitness, Men’s Physique and Men’s & Women’s Fitness; open to athletes of all the National Federations affiliated to the South American Bodybuilding and Fitness Confederation (CSFF). Chaired by Lic. Juan Paredes, the CSFF integrates the Bodybuilding federations of Aruba, Bolivia, Brazil, Chile, Colombia, Ecuador, Panama, Peru, Paraguay, Suriname, Uruguay, Venezuela and the host country –Argentina-, which , under the leadership and experience of Ernesto Pastelnik, directs the Organizing Committee that will receive the entire Bodybuilding family, in South America.

All the South American federations are recognized by their respective Olympic Committees and, this 2019 season will face a really demanding competition calendar, with more than 200 national and international events – amateur and professional – like those that will take place in Colombia (Cali, February 15) , Paraguay (Asunción, April 5), Peru (Lima, April 12) or Brazil (Sao Paulo; May 3), the latter, accompanied by an important Expo.

Image: The president of ODESUR, Mr. Camilo Pérez; receiving the IFBB Gold Medal, from the hands of President Santonja and Lic. Juan Paredes.