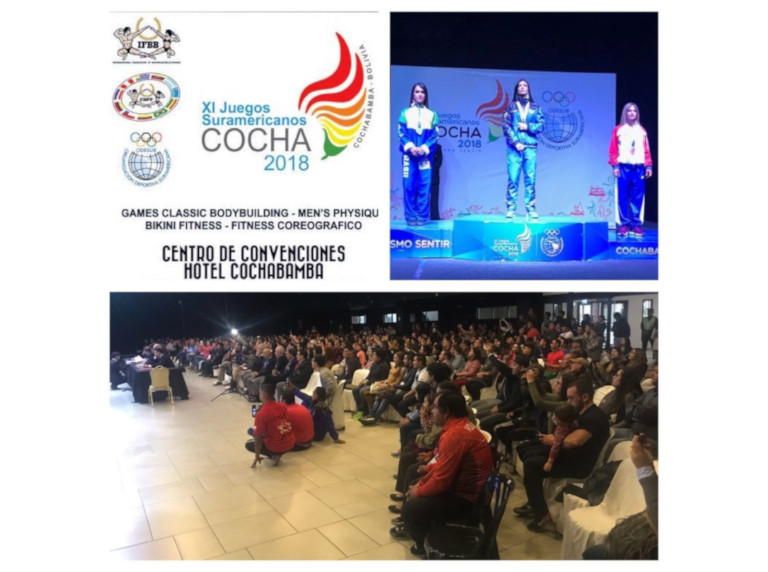 The fantastic debut of Bodybuilding & Fitness at the 11th South American Games, held in Cochabamba (Bolivia), was crowned by a wide presence of supporters and fans during the whole competitive session. The modern Hotel Cochabamba Convention Centre -venue for the IFBB event, on Thursday 6th June – was full of spectators, not only from the 10 countries represented in the Bodybuilding & Fitness competition, but also from the total 14 South American countries that participate in this Games, organized by ODESUR.

A cheering and polite audience supported all the athletes and honored the winners, during the award ceremonies, where their respective National Anthems were performed, as in every Olympic ceremony of the Games.