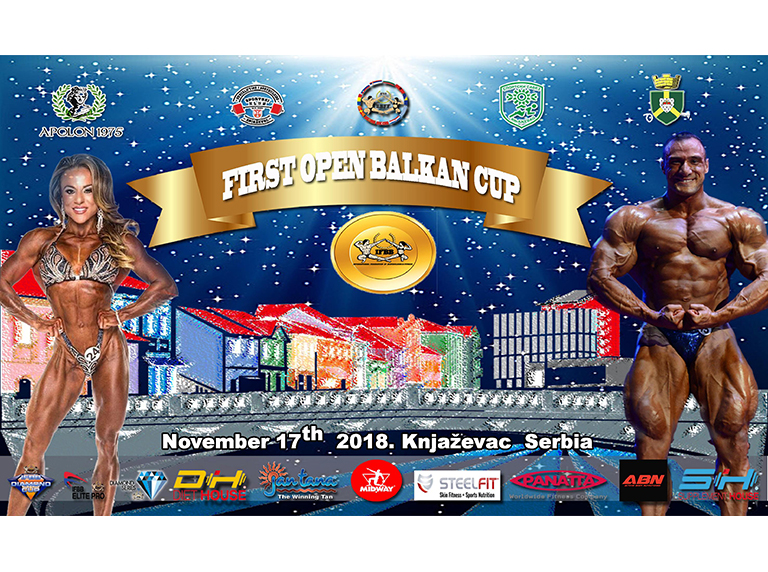 Just a little over two weeks left until the beginning of the First Open Balkan Cup, which will be held from November 16th to 18th 2018, in Knjazevac, Serbia (see Inspection Report on http://ifbb.com/event/first-open-balkan-cup-2018/.

Thanks to the understanding and support of the IFBB President, Dr. Rafael Santonja, The significance of this competition, which begins its life just on the thirtieth anniversary of the founding of the Balkan Federation, has been greatly enhanced by the decision of IFBB President to open this event to all IFBB affiliated National Federations from Europe, and to award the Elite Pro Card to the Overall Winner in the Men’s Bodybuilding.

So far, Serbia and Knjazevac have successfully organized several important international championships, which is a guarantee that this competition will be organized in the best possible way.

In order to attract as many participants as possible, the organizer has set up a very favorable registration fee of only 100 Euros, which included two-day accommodation and all meals.

In Knjaževac, everything is ready for the beginning of this competition, so we invite all interested competitors from Europe to participate at the First Open Balkan Cup, and to be registered in the history of our sport as the first participants of this event, which should turn into traditional and which will have even higher level next year, with a significantly larger number of awarded Elite Pro Cards.