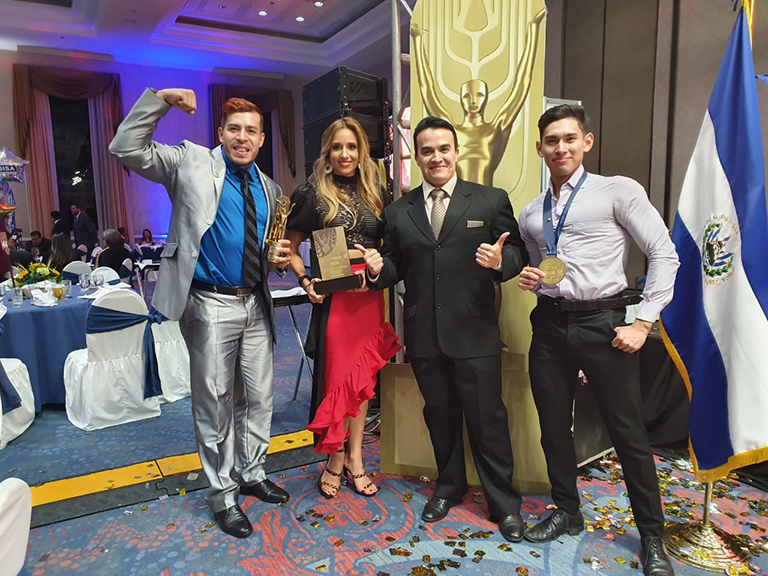 The past December 3 was awarded in Salvador the best athletes of 2019. An event organized by Educating a Salvadoran Foundation (FESA), and the Association of Sports Journalists of Salvador (APDES). Panamerican Gold Medalist Paulina Zamora was elected as the Female Star of all sports, winning a prize of ten thousand dollars.

Yuri Rodriguez was elected as the Bodybuilding Star for his Panamerican Gold Medal, and Saul Artiga was elected Bodybuilding promise for his recurring wins nationwide in the modality of Men’s Physique.

Congrats to our athletes for these accomplishments!

In the picture, from left to the right, Yuri Rodríguez, Paulina Zamora, Mr. Fabrizzio Hernández, President of the Salvadoran Federation of Bodybuilding and Vice-President of the National Olympic Committee, and Saúl Artiga.