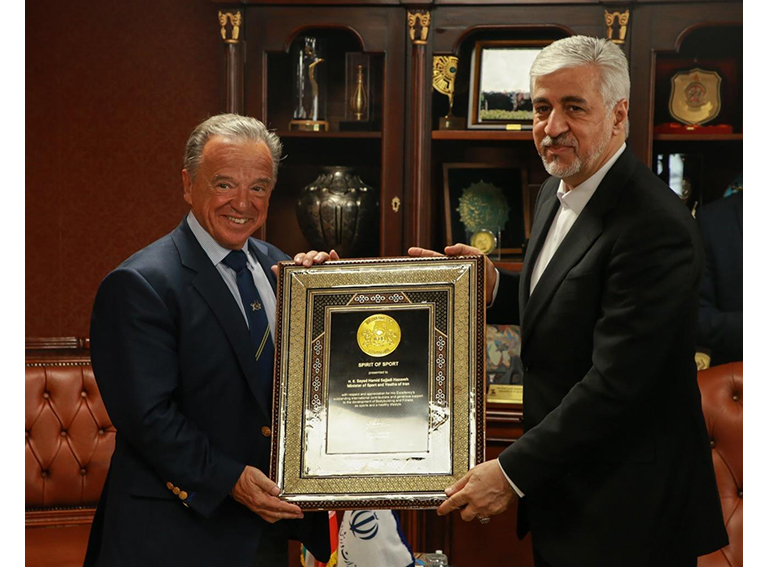 In the week of the Asian Fitness Challenge Championship and the Asian Bodybuilding and Fitness Cup, President Santonja visited the island of Kish, taking advantage of his presence in Iran to go to Tehran.

The president was involved in updating and coordinating bodybuilding and fitness activities planned in Iran as well as internationally.

Among other activities, he also had the opportunity to meet the members of parliament, Mr. Mr. Ehsan Ghazizadeh Hashemi, Vice president of Cultural commission of Parliament and Mr. Dr. Mohammad Mehdi Farvardin, Chairman of the Sports Faction of the Islamic Consultative Assembly.

Bodybuilding and Fitness are sports of enormous popularity and prestige in Iran.