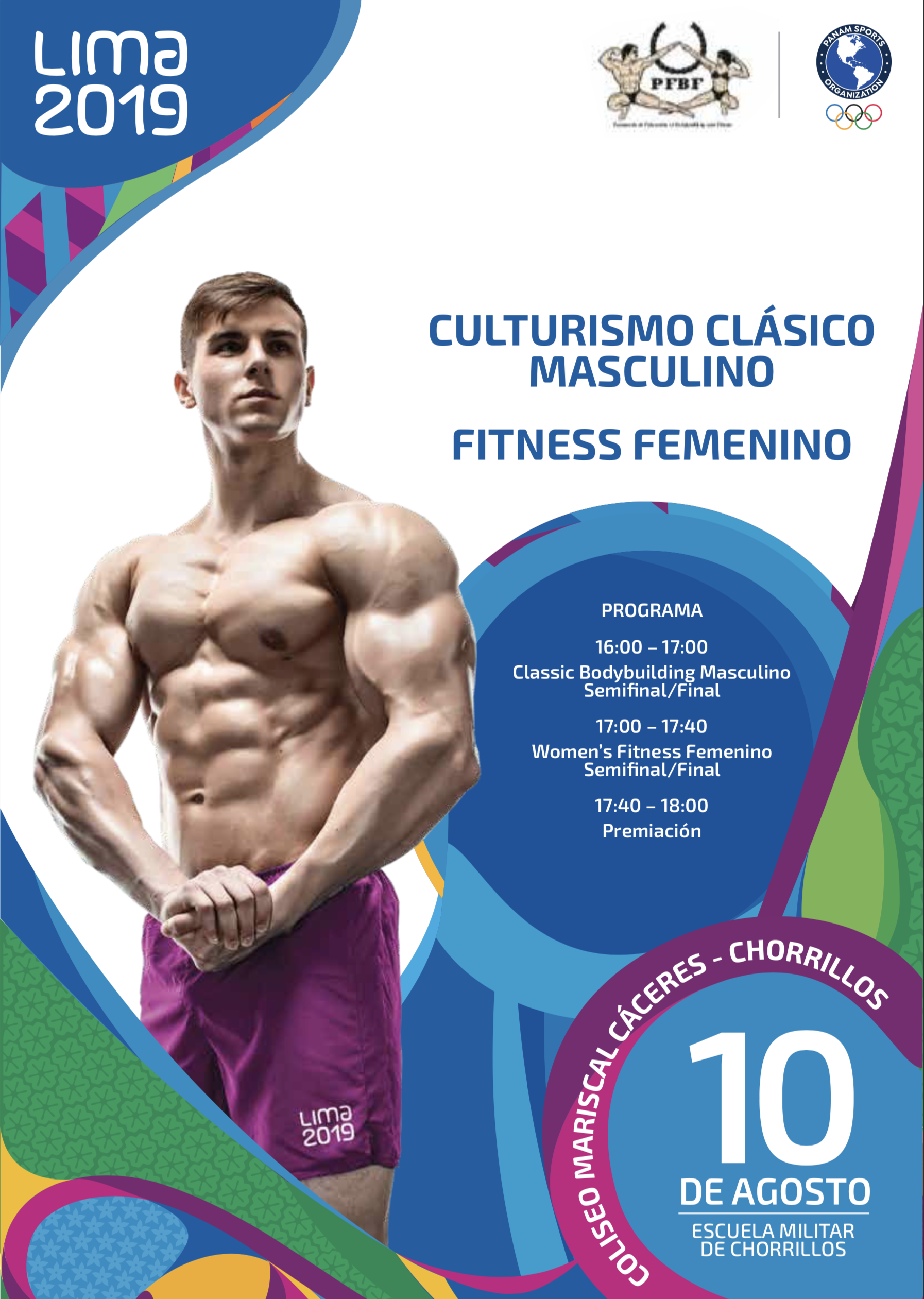 Coming next August, and for the 1st time ever, Bodybuilding will be part of the 2019 Pan American Games, held in Lima (Perú); in another fantastic step forward for the integration of IFBB, into Olympism.

Over, 500 MM people – more than double the population of western Europe – will tune in on TV to watch the Games, which run from July 26th to August 11th. It’s a huge coup for Bodybuilding to be part of such an enormous multi-sport event and will give the sport some of its greatest exposure ever. The event is governed by the Pan American Sports Organization, which represents the 41 National Olympic Committees of the 41 countries taking part, so it is effectively an Olympic Games for the Americas and the Caribbean.

Lima 2019, which will be the 18th Pan American Games, will bring thousands of elite athletes from North America, South America, Central America, and the Caribbean to Peru to participate in 38 sports. That Bodybuilding is one of them has not happened by chance – it is the result of decades of lobbying first by IFBB founders Joe and Ben Weider and, more recently, by current IFBB president Dr. Rafael Santonja.

They shared a dream of making Bodybuilding – one of the most widely practiced sports in the world – a mainstream activity that is part of the global sporting family. To achieve it, they have worked with National Olympic Committees, governments and organizations such as the World Anti-Doping Agency to ensure bodybuilding meets the criteria for inclusion in major Olympic events. Today more than 90 National Olympic Committees recognize the IFBB, which is fully compliant with WADA and is also a member of influential global bodies such as SportAccord and the International World Games Association.

That is why Bodybuilding, at the Pan American Games, is only open to IFBB athletes: the only Bodybuilding & Fitness organization recognized internationally by the Olympism and Governments.