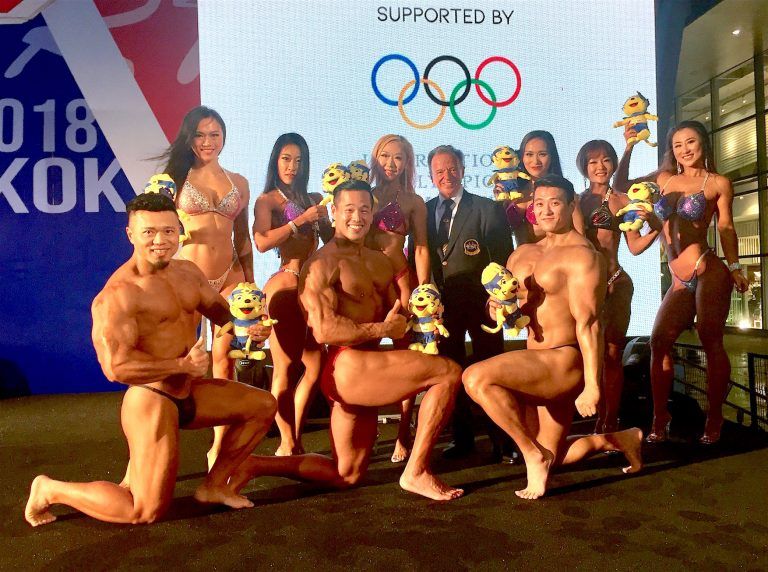 Outstanding participation of the IFBB in the SportAccord World Congress held in Bangkok (Thailand), recent April 15th to 18th, where it was represented by President Santonja and the Asian Executive Officer, Mr. Ochir Gambaatar; together with all the world leaders of international sports institutions.

The IFBB, which had its own stand at the Congress Expo, was also one of the main characters of the sports activities program, organized by SportAccord and promoted by the Thailand Ministry of Sports. A dozen international athletes from the China and Korea national federations travelled to Bangkok to make exhibitions of Fitness, Classic Bodybuilding and Bikini Fitness, exemplifying the healthy lifestyle that the IFBB defends, and raising the admiration of the audience because of their physical aesthetics.

Photo: President Santonja, with the IFBB athletes from China and Korea who participated in the Bodybuilding and Fitness activities, at the SportAccord World Congress (Bangkok 2018).