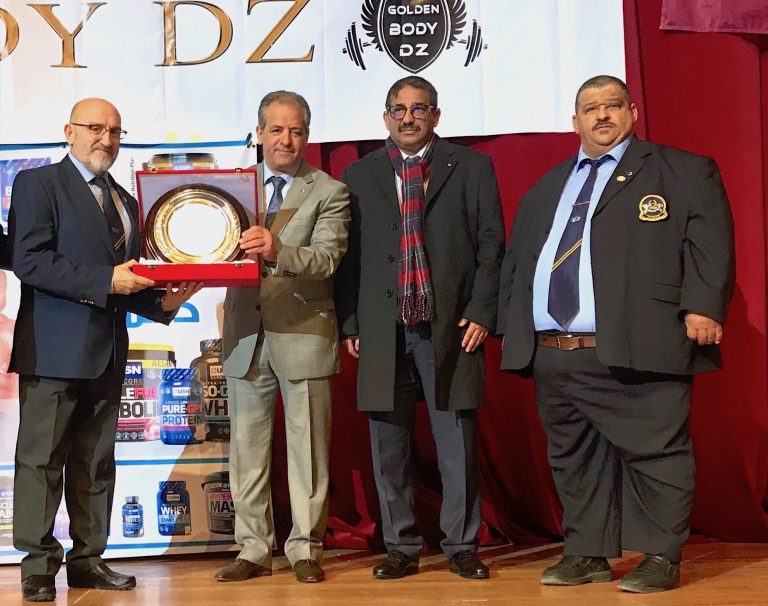 Led by its president, Moussa Messaour, the Algerian Federation of Bodybuilding, Fitness and Powerlifting (FABBP) has grown exponentially, in the recent years. The increase of its participation in international events and even its role as hostess of some of them has been noticed for the Government of the country, which has increased its collaboration and support.

In the recent Diamond Cup held in Oran, from March 15 to 18, with 12 countries represented from Africa, Asia and Europe; the Minister of Youth and Sports, Mr. Al Hadi Oveld Ali, attended the competition, accompanied by other local authorities and expressed his wish that Algeria continue to be a benchmark for the sport on the continent. Shortly, President Santonja will visit the country to meet with sports authorities and study new common projects.