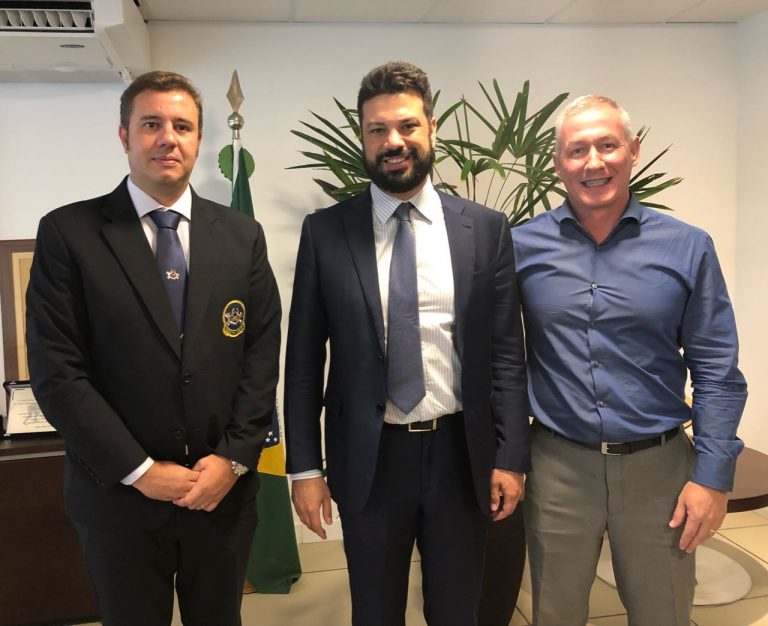 Brazilian Confederation of Bodybuilding & Fitness (CBMFF), chaired by Prof. Mauricio de Arruda, keeps working actively in the promotion of our sports, in the biggest country in South America (and 5th, in the planet). The CBMFF is the only Organization related to Bodybuilding and Fitness, officially recognized by the Brazilian Ministry of Sports and Brazilian Olympic Committee, besides IFBB and South American Bodybuilding Confederation (CSFF).

Recently, Prof. Mauricio de Arruda and Mr. Alexandre Bortolato -IFBB Legal Counsel Member-, visited Brazilian Minister of Sport, Mr. Leonardo Picciani; in order to inform about the last activities developed by the CBMFF and the study of coming next international events, as the 2019 Pan American Games (Lima; Peru) in which CBMFF will represent officially the Brazilian Bodybuilding and Fitness. Minister Picciani, appointed by Brazilian President Michel Temer, in 2016; is a young but experienced politician with solid engagement with Sports. In their meeting, Minister Picciani congratulated the CBMFF because its activity and wished all the success for the Brazilian athletes, at next coming international events hosted in Brazil: the IFBB Elite Pro (Goiania, Goias; March 9th-11th) and Arnold Classic South America (Sao Paulo; April 20th-22nd).