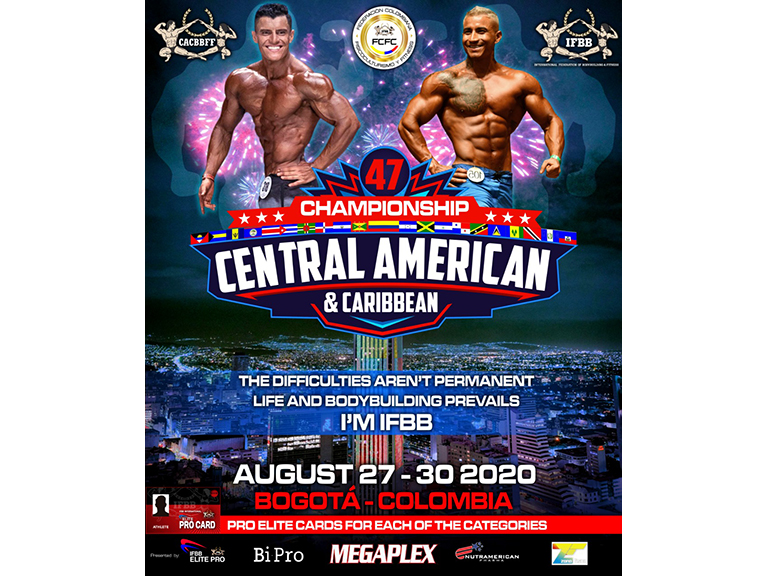 Colombia, in its capital Bogotá, will receive the best athletes from Central America and the Caribbean who will participate in their regional championship, one of the most traditional events on the IFBB international calendar, that will be held next August 27th.

The Colombian Federation led by Mr. Carlos Gregorio Cifuentes, is working in close contact with the Central American and Caribbean Federation and its President, Mr. Giovanni Arentzs, in the organization of a championship that is particularly relevant, celebrating the recent Olympic recognition of our sport by the Olympic Organization of Central America and the Caribbean.