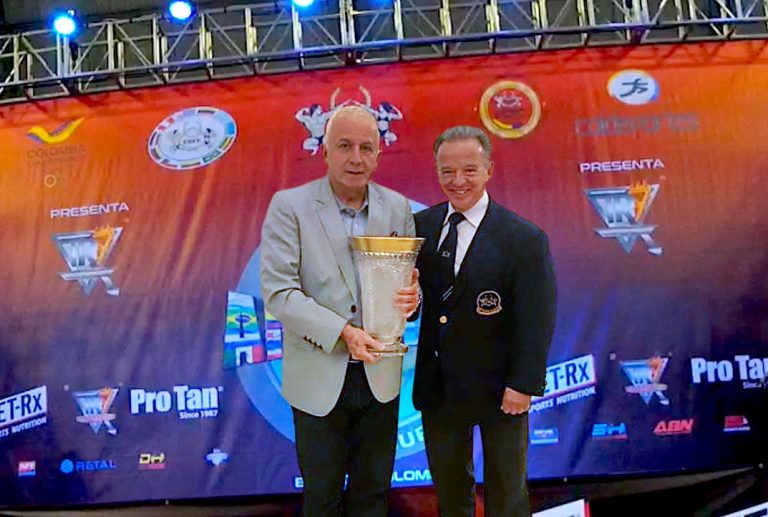 The president of the Colombian Olympic Committee (COC), Mr. Baltazar Medina, attended the inaugural session of the Mr. & Miss America IFBB Cup, held in Bogotá, where he was awarded in recognition to his support to Bodybuilding and IFBB.

The IFBB will be represented, next July, in the Central American & Caribbean Games that will take place in Barranquilla (Colombia), with several categories: Classic Bodybuilding, Men´s Physique, Bikini and Women’s Fitness.