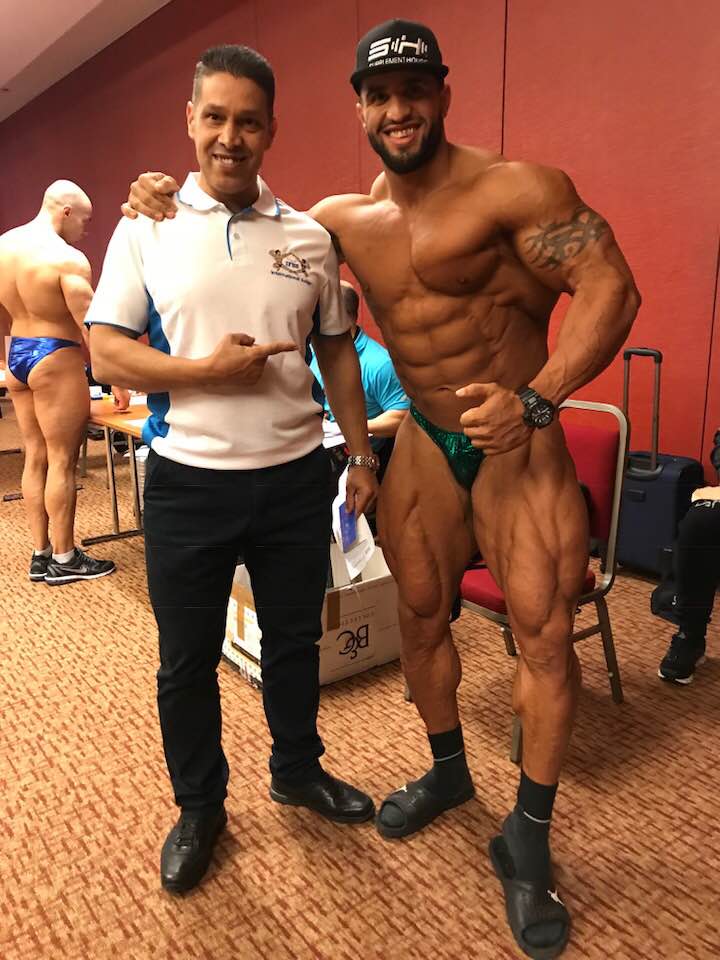 During a long season of 10 hours, near 350 athletes from 45 countries from Europe, Asia, Africa and America have been registered today as competitors, in the 2017 IFBB Diamond Cup Milano, at the modern Atahotel Fiera.

The largest team -Italy-, leaded by Mr. Benedetto Mondello; will be fully supported from the local audience, in a competition that will starts at 10:00 am, at the mentioned Atahotel Fiera, and will take more than 8 hours of non-stop action.

The President of the IFBB, Dr. Rafael Santonja, will fly directly from the 2017 Bolivarian Games held in Santa Marta (Colombia) to Milano, in order to attended the event, joining Mr. Mondello and other executive officials.

Picture: Abdelaziz Jellali (Morocco), winner of the Diamond Cup Greece one week ago, with Algerian official Djelloul Souf, in Milano.