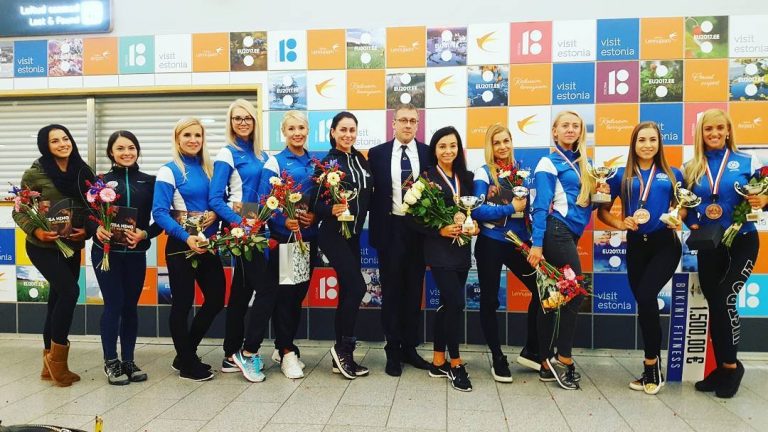 Fantastic initiative from the Estonian Bodybuilding & Fitness Federation (EKFL), chaired by Mr. Ergo Metsla; receiving the National Team at the Tallin´s airport, after its successful participation at the 2017 World Fitness Championships, in Biarritz (France).