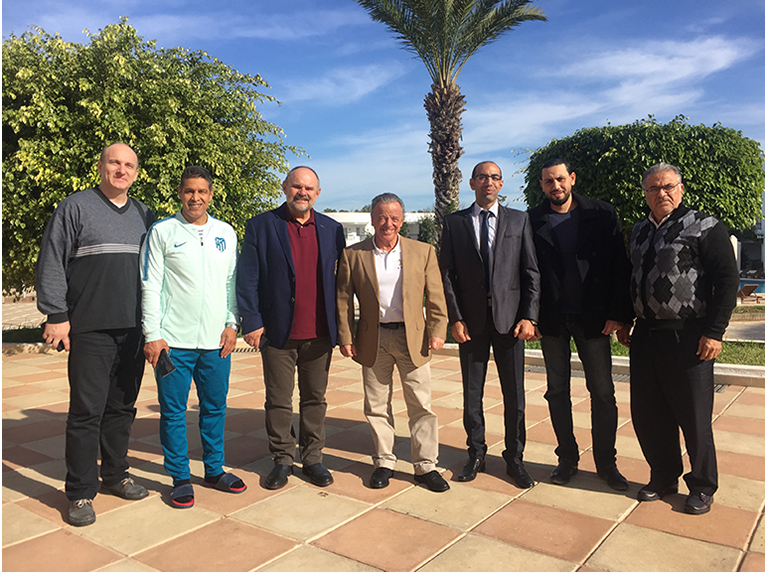 Composed by Libya, Tunisia, Algeria, Morocco and Mauritania, the Maghreb is a wide area where Bodybuilding is a very popular sport. As a result, the recently created Maghreb Arab Federation of Bodybuilding & Fitness (MAFBBF) chaired by Mr. Khalid Riahi, host this past 20th-22nd of December the first edition of the IFBB Maghreb Arab Championships in Tunis.

This Championships, organized in partnership by the Libyan Federation of Bodybuilding (LBBF) with the Tunisian Federation (TFBB); was the perfect opportunity for athletes of the area to test their excellent level, defending their respective flags. A fantastic event that closes the 2019 IFBB calendar, and born with the target to boost new activities in the Maghreb.

President Santonja flew to the capital city of Tunisia to attend the event and meet with the Executives of the Bodybuilding National Federations.

The Friday 20th session was dedicated to a Technical Seminar led by the Chairman of the IFBB Judges Committee, Mr. Pawel Filleborn; open to judges, coaches, and athletes.