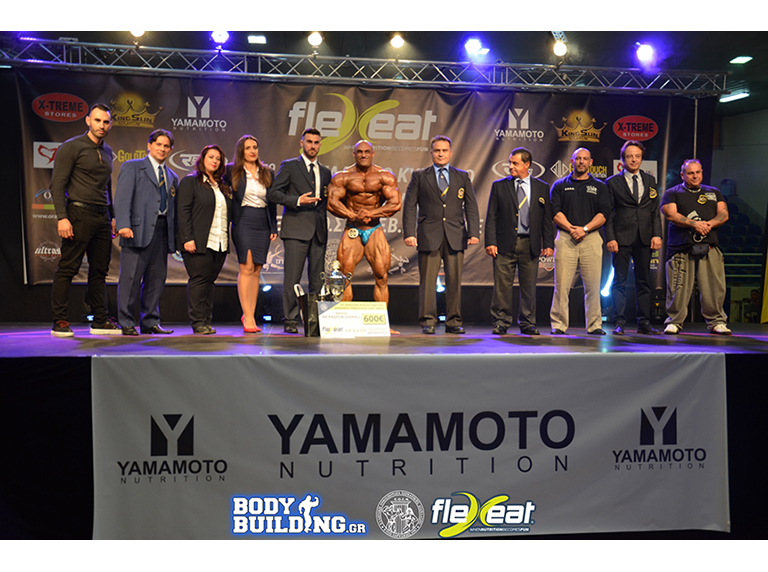 The Capital of Greece, a historical city of Athens host the 24th Greek National Bodybuilding & Fitness National Cup 2018, on 04th of November organized by the Greek Federation of Bodybuilding and Fitness, with a big success.
An important number of athletes (100) participated in this National Cup, with a total number of 32 categories.
Greece has become, in a country really dynamic in Bodybuilding and Fitness activities, led by Mr Jordan Leventelis, who during the recent elections of IFBB Congress has been positioned in IFBB Presidents Office.
Besides the Nationals, the G.B.F.F.  will organize 3 very important International Elite Pro Qualifier Competitions next year: Firstly, the Second Edition of Presidents Santonja Cup, Elite Pro Qualifier Event and Elite Pro Show on 05-08th of April 2019, in the City of Nafplio.
In addition, the Balkan Championships of IFBB, in the City of Corfu Island on 17-19 of May 2019, also an Elite Qualifier Event, and finally another Elite Pro Qualifier Event and Elite Pro Show on 18th -21st of October 2019, again in the beautiful City of Nafplio.
(In the Photo: Τhe overall Bodybuilding winner Lefteris Sidiropoulos and Greek Federation of Bodybuilding and Fitness officials).