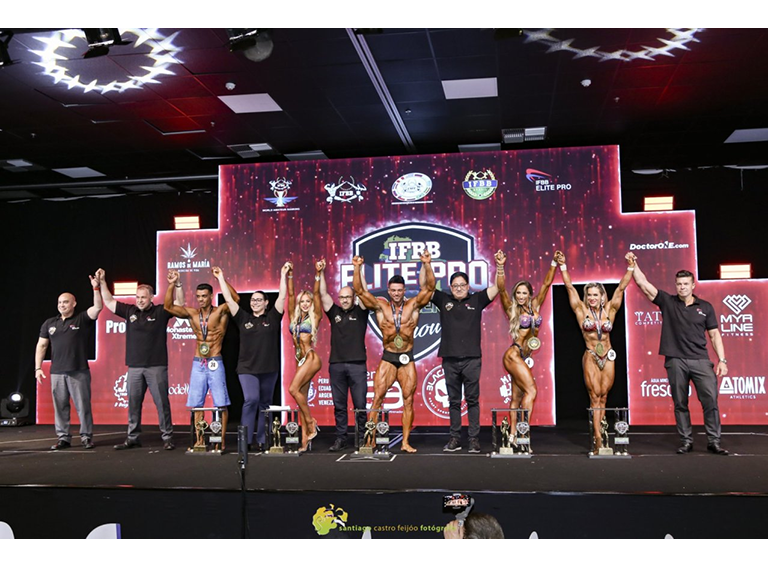 From the city of Sao Paolo in Brazil and organized by the South American and The Brazilian Bodybuilding and Fitness Confederation, this spectacular event has been held with a large number of participants in its amateur and professional editions. More than 500 athletes were on stage to compete to be champions of South America. Nerida Aroca from Argentina in Bodyfitness, Flavia Carneiro from Brazil in Bikini Fitness, Jose Luis de Jesus from Ecuador in Men’s Physique, Lenny Osmas from Ecuador in Bodybuilding were winners among many others!

The IFBB Elite Pro championship stands out for the presence of world-renowned athletes such as the current Bikini Fitness World Champion, Anastasia Zolotaia, who was once again the winner in her category, Poliane Freitas, Brazilian athlete, winner of the Wellness category and Blanca Centurion from Paraguay won the first prize in the Bodyfitness category.

In the men’s categories, the Brazilian competitors were crowned winners; Elías Junio at Men’s Physique and Danilo Rodriguez at Classic Physique.

One more year Congratulations to all the competitors!