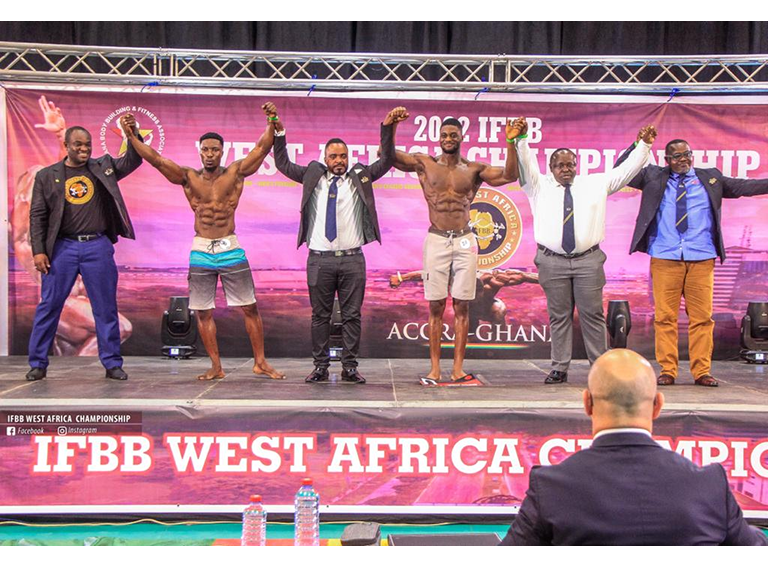 This past weekend the IFBB West Africa championship took place in the city of Gana. Held at the Accra Sports Stadium Conference Center and brilliantly organized by its president Mr.Abdul Hayye -Yartey, the championship was won by athletes such as Nicole Patrick, Joel Amenuglo and Celestine Dogbeda Zometi in the Welness, Men’s Classic, and Bikini categories. As well as the athletes Daniel Owusu and Amwagsi Evans won the overall obtaining the IFBB Elite Pro Card.