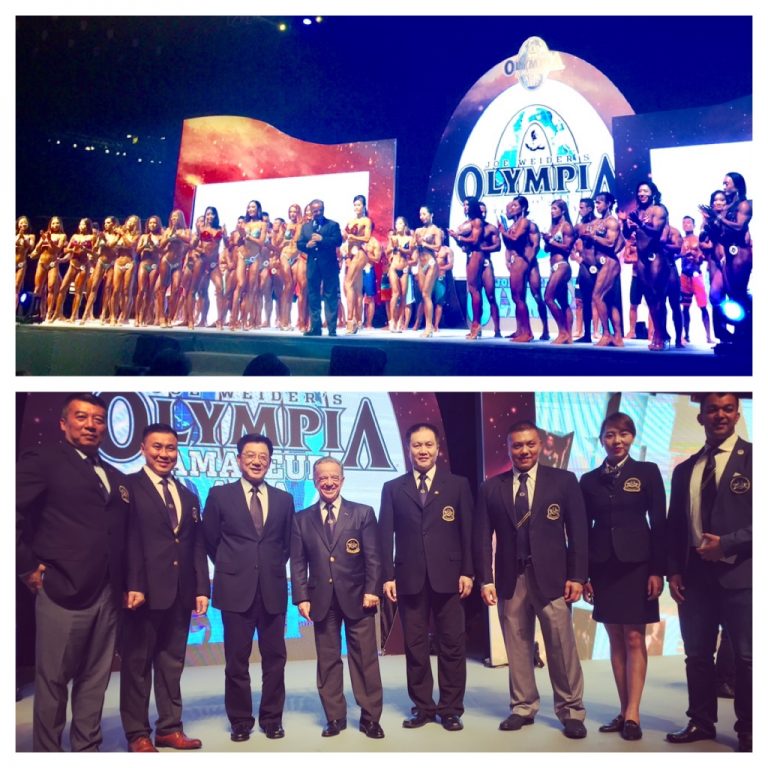 Divided in 2 sessions (prejudging and finals) and joined by the Hong Kong National Championships, the first day in Hong Kong started in an spectacular way with the athletes participating in Classic Bodybuilding, Bodyfitness and Women´s Physique, representing 17 countries from Asia and Middle East.

Organized by the Hong Kong Federation (HKFBF) and his Honorary President and Founder, Mr. Hugo Chan; the event offered us some amazing battles for the titles since the very beginning, when President Santonja opened the National Championships, surrounded by near hundred athletes, onstage. Broadcasted trough video streaming to China, the first season got a million followers and will be increased, in second season, tomorrow Wednesday 25th, with Bodybuilding, Bikini and Men´s Physique.

Picture: President Santonja, opening the event, joined by Mr. Hugo Chan and several Executives from Asian National Federations (below) and competitors (above).