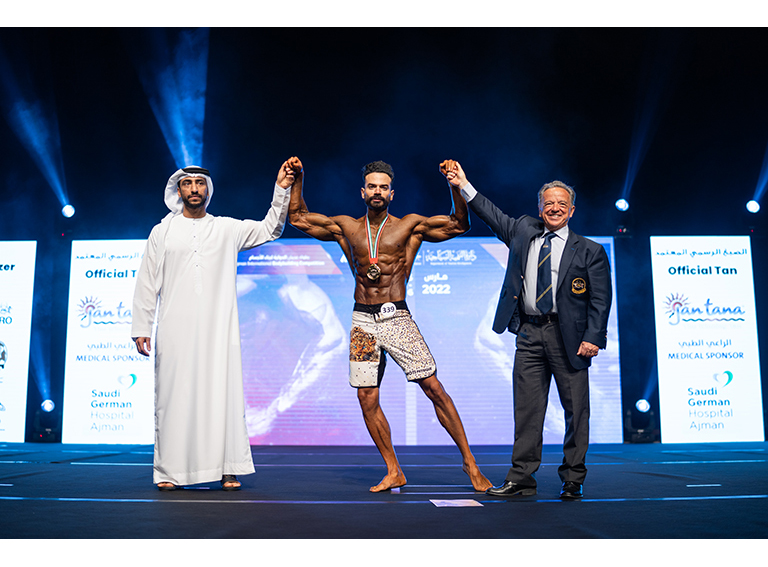 The Ajman Bodybuilding and Physique competition, held in the Ajman Emirate last weekend, was an absolute success.

Organized by the well-known IFBB official Tarik Khalil and the Federation of the United Arab Emirates, the event saw the triumph of athletes representing both the amateur and the professional category. With President Fahim, Pres. Santonja held an executive meeting aimed at crowning the dynamic development of the bodybuilding and fitness disciplines in the Arab area, as well as coordinating the launch of a major project which will be announced very soon.