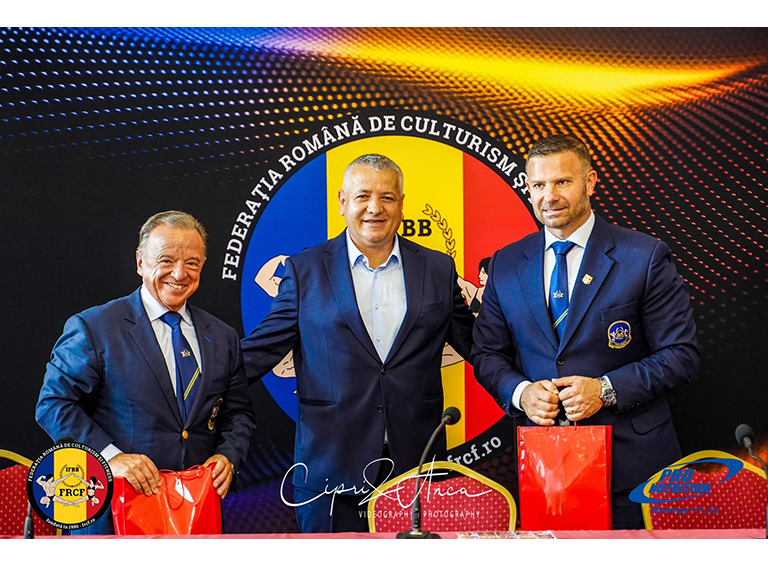 IFBB President arrived yesterday to Drobeta-Turnu Severin, a city plenty of history on the banks of the Danube river, that is happily welcoming athletes and officials from the Balkan countries to enjoy this great sport celebration.

The Balkan Championships is being organized by the Romanian Federation, in its usual fantastic quality standards.

President Santonja, together with Prof. Gabriel Toncean (President of the Balkan and Romanian Federations), visited this morning the Drobeta Turnu Severin City Hall, attending a meeting with the Mayor, Mr. Marius Screciu, and joining him for a press conference, in the magnificent Palace of Culture Auditorium “Teodor Costescu”, a historic building that will also host the semifinals and finals of the Championships.

In the picture, from left to the right, Dr. Rafael Santonja (IFBB President), Mr. Marius Screciu (Mayor of Drobeta Turnu Severin) and Prof. Gabriel Toncean (President of the Balkan Federation)