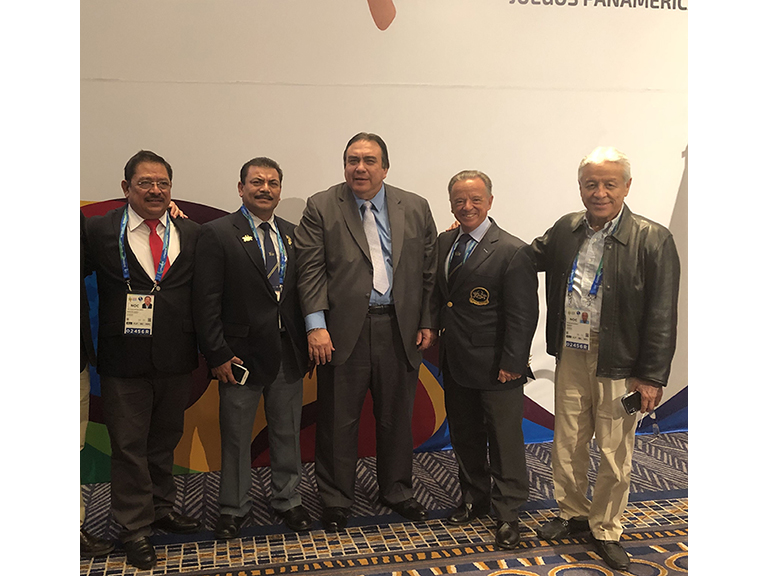 In the full security that he will be the best successor to Ivar Sisniega, (the former President of this association, that performed an excellent work and is now the General Secretary of the Pan American Olympic Organization) ,and that sport will keep progressing in the American Continent, following the principles of Olympism in fairness and solidarity under his great leadership.

President Lee has an excellent relation with IFBB President and is a great supporter of bodybuilding, fitness and healthy lifestyle, and from the International Federation of Bodybuilding and Fitness, we are pleased to convey him our warmest congratulations.