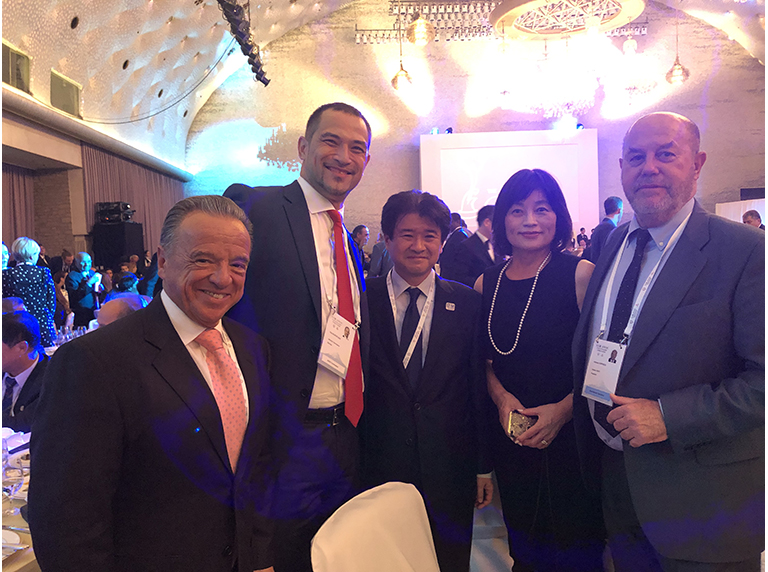 President Santonja attended the Awards Gala Dinner of the World Association of National Olympic Committeess, with Dr. Koji Murofushi (Sports Director of the Olympic and Paralympic Games in Tokyo) Antonio Espinos (President of the World Karate Federarion) and other friends.

Dr. Murofushi is as well a former Olympic medalist, that remains in excellent shape, including regular weigh trainings in which he is well know due to the incorporation of creative methods and exercises