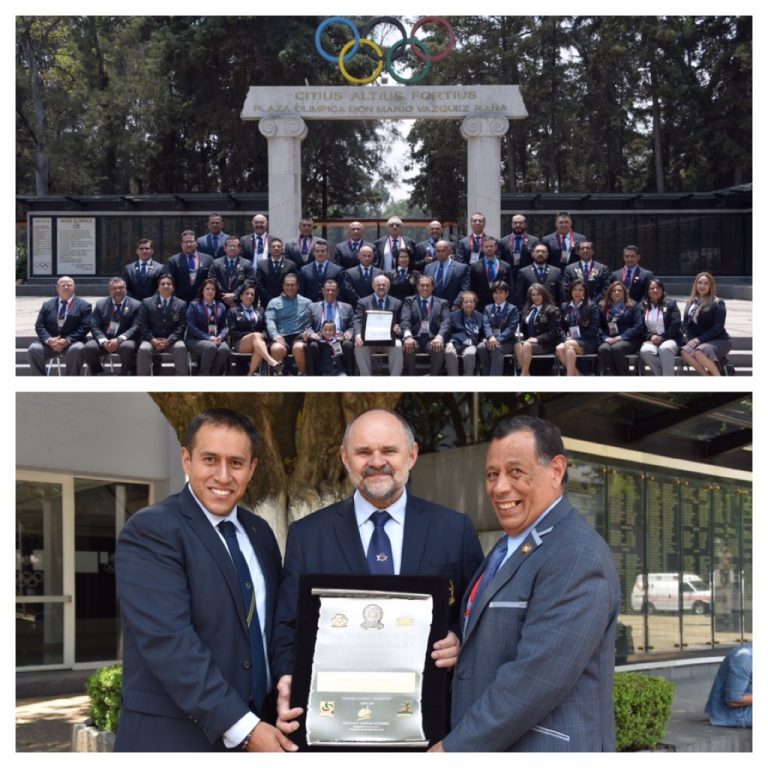 Another step forward in the IFBB Educational Program was reached, recent weekend 14th – 15th April, with the Judges Seminar offered by the Chairman of the Technical Committee, Mr. Pawel Filleborn, in Mexico DF, at the sports facilities of the Mexican Olympic Committee (COM).

Perfectly organized by the Mexican Bodybuilding & Fitness Federation (FMFF) chaired by Mr. Francisco Cabezas, with the support of the IFBB Vice-president for North America, Mr. Marco Cabezas; the event had a high level of participants with over 140 judges, coaches, trainers and athletes, besides the presence of important executive officials from the area, as the presidents of the National Federations of Guatemala, Costa Rica, Honduras and El Salvador.

This event has been another important activity for our sport, linked, in Mexico, with the COM; due the leadership of President Cabezas who is, as well, permanent member of the Olympic Committee. At the end of the Seminar, President Cabezas awarded Mr. Filleborn, in the presence of all the participants.