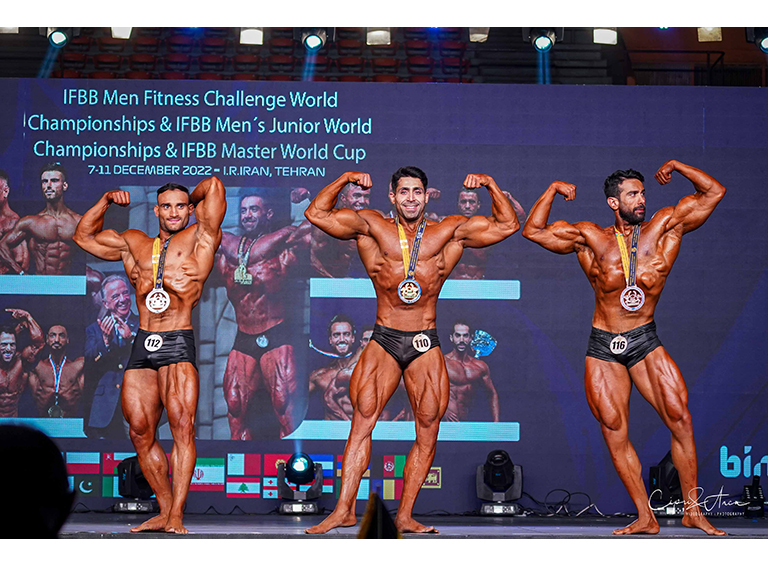 In the team junior classification, Iran obtained the first position following from Romania and Slovakia. Iran, Syria and Romania were the winners in Master Team Classification.

The competition also included the expected IFBB Men’s World Fitness Challenge! In which Ahreza Shariat in Silver Junior category, Shahrouz Samie in Silver Master category obtained the first position among others. In couple categories, Iran Samie and Majid Kaveh were winners in Silver Master and Ergan Ghezeli and Alireza Shariat in Silver Junior category. Iran was crowned winner in the team classification. Congratulations to all competitors!

During his visit to the Championships, President Rafael Santonja visited the Iranian Olympic Committee. Our sport in Iran has a great institutional support and all press media be aware of the event, being shared in the Iranian tv news.