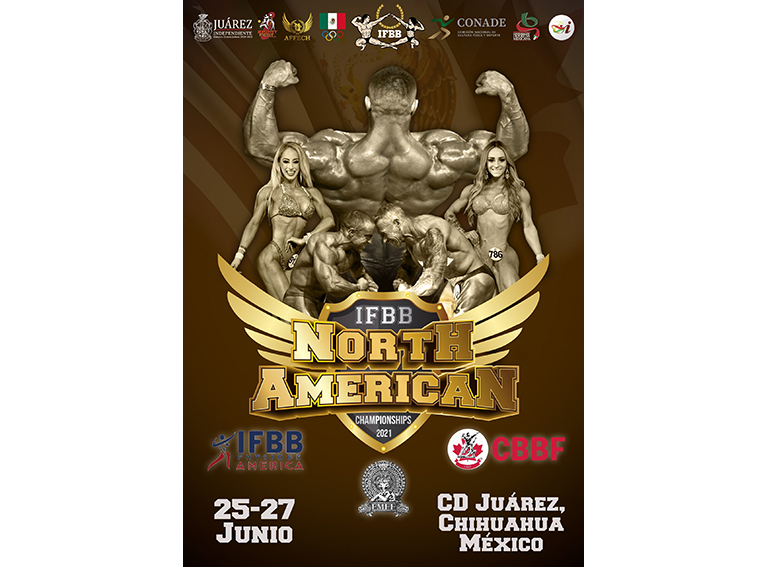 The IFBB North American Championships will be celebrated in Ciudad Juárez, Mexico, next June 26th-27th.

Organized by the Mexican Federation, the IFBB North American Championships will be carried out with the participation of teams from the Federations of Canada, United States, and Mexico.

The Mexican Federation will also organize this year, in one of the most emblematic tourist destinations in America, the Caribbean Resort Cancun, its traditional pro qualifier event, IFBB Diamond Cup Cancun, next November 19th-21st.