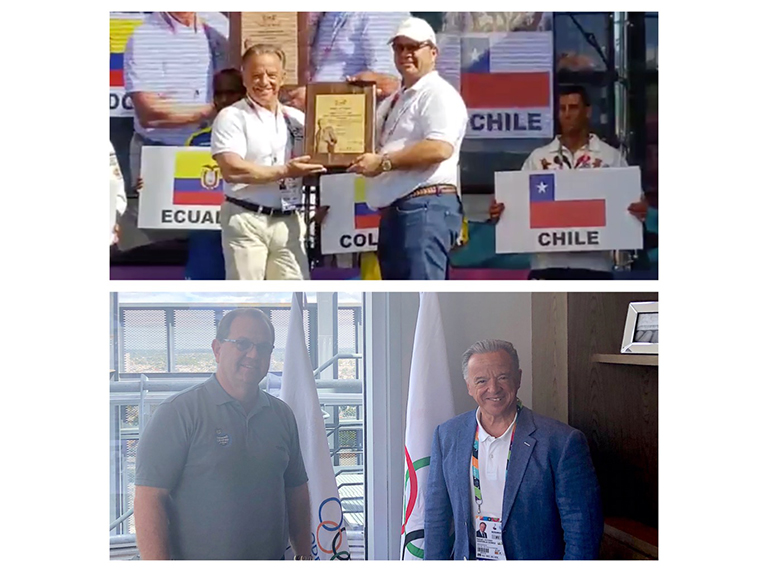 In the official presentation of Bodybuilding & Fitness to the South America Sport Organization (ODESUR) at the 4th South American Beach Games, the Opening ceremony has been particularly important for the athletes and officials participating.

After the Parade of Nations, with all the countries represented by one athlete wearing their respective official clothes, President Santonja made the inaugural speech, awarding ODESUR President, Mr. Camilo Pérez in recognition to his important contribution to the development of Bodybuilding and Healthy Lifestyle.

Immediately after the ceremony, the competition started in front of the audience and the Media that keeps following this Games celebrated in Rosario (Argentina).