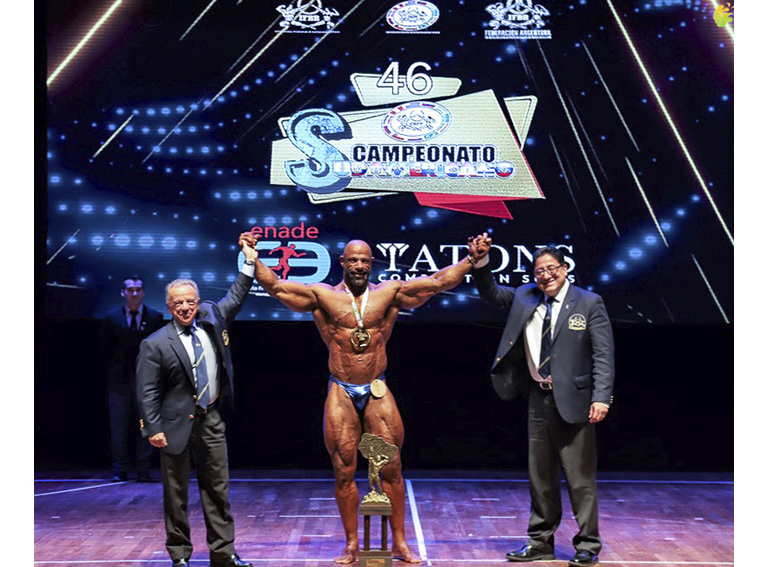 Buenos Aires hosted again a magnificent IFBB South American Championships and Congress, with the attendance of delegations from all the countries in the area.

An event organized  by  the  South American Confederation in collaboration with the Argentine Federation.

The main winners in  the amateur competition were,  Deivison Luiz Teixeira  from  Brazil, in  Men’s  Bodybuilding, Jaime Antonio Vargas Caks from Chile, in Muscular  Men’s Physique, Lilian Barua from Argentina,  in  Women’s  Bodyfitness,  Macarena Belen Figueroa Miranda from Chile, in  Womens  Bikini Fitness, and Danilo Aparecido Rodrigues from Brazil, in  Men’s  Classic  Physique,  among  others.

At the Professional South American competition were crowned as champions, Rubiel Mosquera from Colombia, in Men’s  Bodybuilding,  Katiuska Garcia from Venezuela, in Bikini Fitness,  Marina Danei from Argentina, in  Woman’s  Bodyfitnness,  and  Gincarlo De Luca from Brazil in  Men’s Physique, among others.