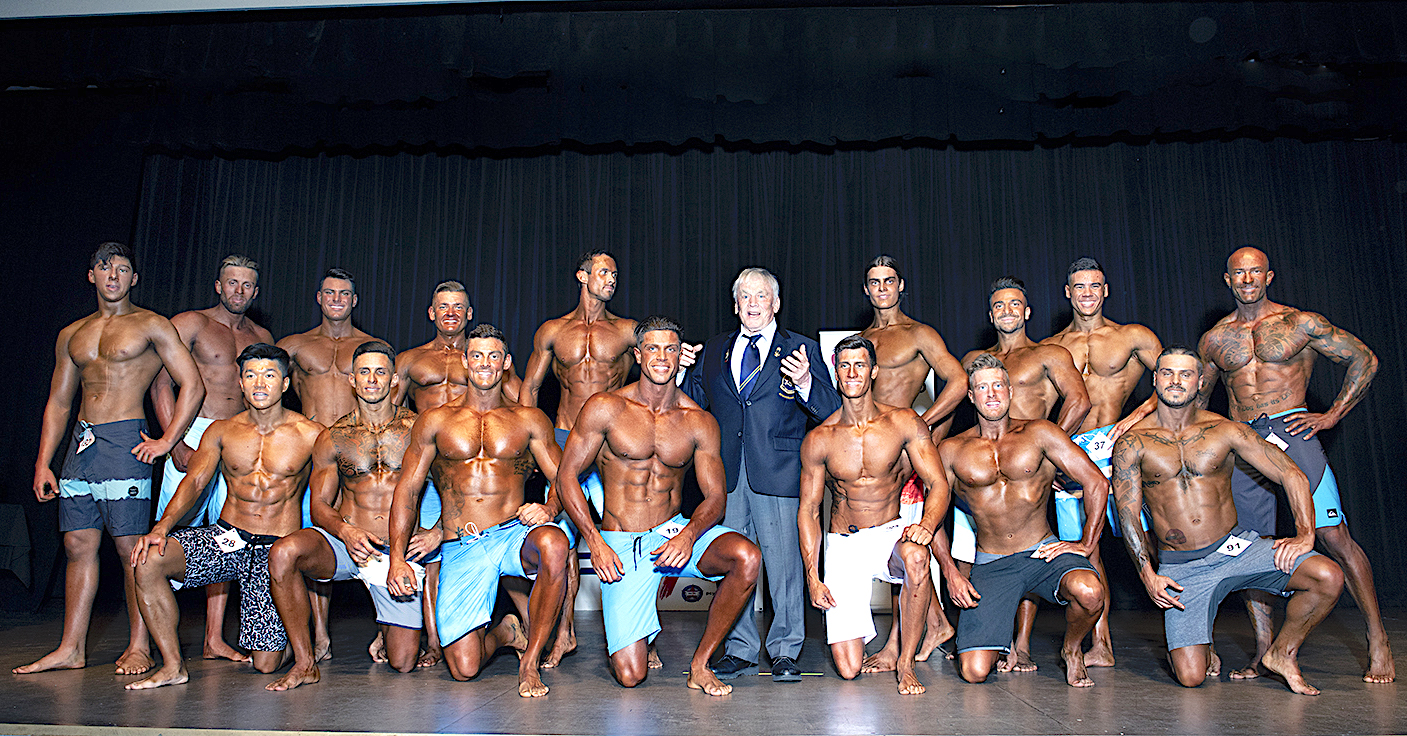 Fitness in Australia is skyrocketing, led by the IFBB Vice-president for Oceania, Mr. Paul Grahan y his wife –Mrs. Carole Graham-. Recent Sunday, July 29th; Sidney hosted the IFBB New South Wales All Female & Men´s Physique Classic, not only with a record of participants but, as well, with a crowded venue full of audience.

The event, that offered the Elite Pro Card for the main winners –Adrian Choy & Amasha Marshall-, was as well qualifying to the 2018 IFBB World Championships (Byalistok; Poland). Fitness, Bikini, Women’s Physique, Bodyfitness (Figures), Men´s and Muscular Men´s Physique were the disciplines celebrated, not only for absolute athletes but as well for Masters, Juniors and Novices; giving a fantastic chance to the Australian athletes to compete in a first-class event, at the highest continental level.

Picture: IFBB Vice-president for Oceania, Mr. Paul Grahan with some of the Men´s Physique competitors.