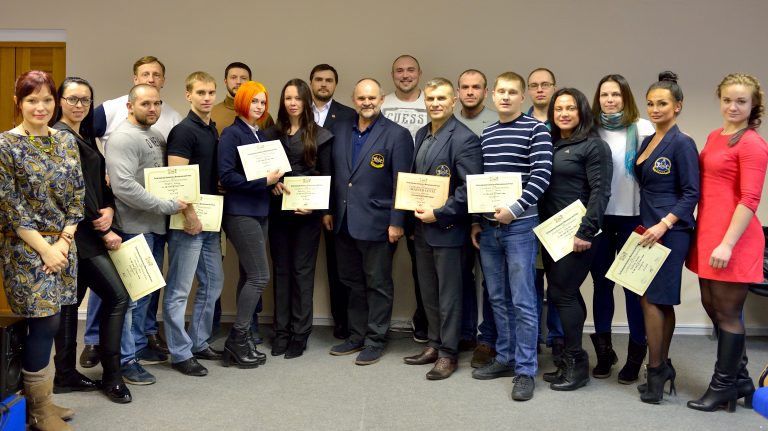 As it corresponds with the largest country in the World, Russian Federation have a wide calendar of events during the season. This year, the country will host important international events as the Pro- Am competition “Elite Grand Prix Russia” (October 19th-20th; Ekaterinburg), and the coming “Moscow Bodybuilding Cup” (April 14th-15th).

For this reason, one of the priorities of the Russian Federation is to update and educate its judges and coaches, according to the proper criteria of judgement, in order to bring this information to the Russian athletes and trainers. Working on this issue, and after the successful Judges Seminar offered by Mr. Pawel Filleborn in Ekaterinburg (February 17th) with over 100 judges and coaches attending the event; Russian official Denis Kyutzin organized, in Krasnoyarsk, a new seminar with the Chairman of the IFBB Judges Committee and the national Head Judge, Mr. Alexander Vishnevsky, reaching a new success in participation and experiences.

The Judges Seminar celebrated recent Friday 16th March; was organized with the occasion of the multi-sport Expo “Siberian Power Show”, held in the city of Krasnoyarsk and chaired, as well, by Mr. Denis Kyutzin. The event was a real success for our sport, including a Bodybuilding contest in which participated over 250 IFBB Russian competitors. With such figures, Russia is fully ready to introduce, at the upcoming 2018 IFBB Moscow Bodybuilding Cup, a new generation of Bodybuilding stars.

Picture: Mr. Pawel Filleborn -chairman of IFBB Judges Committee- and Mr. Alexander Vishnevsky (centre); surrounded by the judges and coaches who attended the Seminar, in Krasnoyarsk.