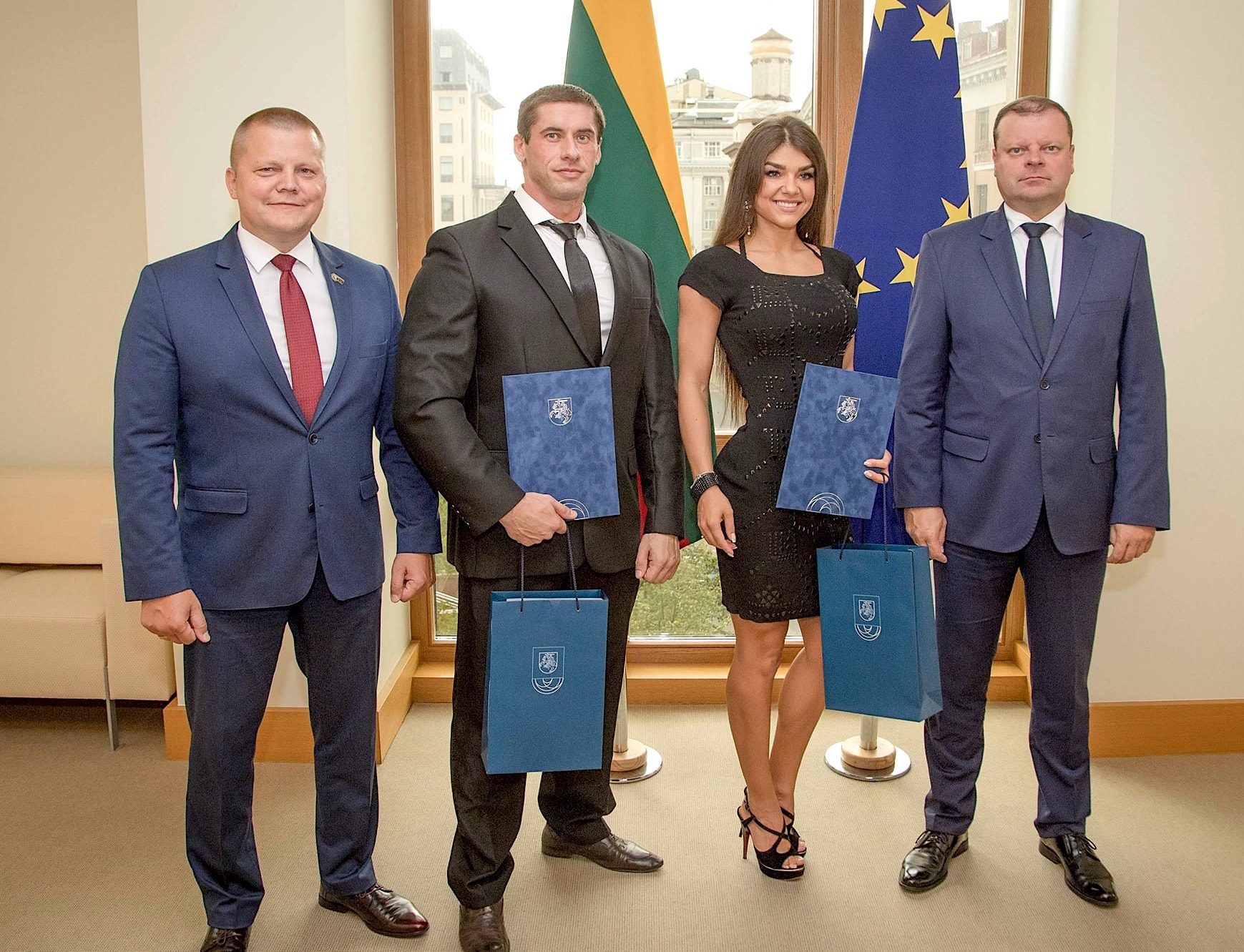 More good news for our sports, in Europe, are coming from Lithuania where the Prime Minister of the country, Mr. Saulius Skvernelis, awarded the IFBB Elite Pro athletes Deividas Dubinas and Kristina Narbutaityté.

Both athletes -a couple in their private life- were received at the Lithuanian Government, in Vilnius, recent Tuesday 21st August, and awarded in recognition to its successful career and inspiration to the Lithuanian Youth. Prime Minister Mr. Skrvenelis congratulated them by its recent titles in Johannesburg (Deividas won the Classic Bodybuilding Division at the Arnold Classic Africa) and Malta (Kristina won the Bikini Division, at the Malta Elite Pro Championships).

Both athletes are, right now, preparing for the 2018 Arnold Classic Europe that is taking place in Barcelona (Spain), coming next 28th to 30th September.