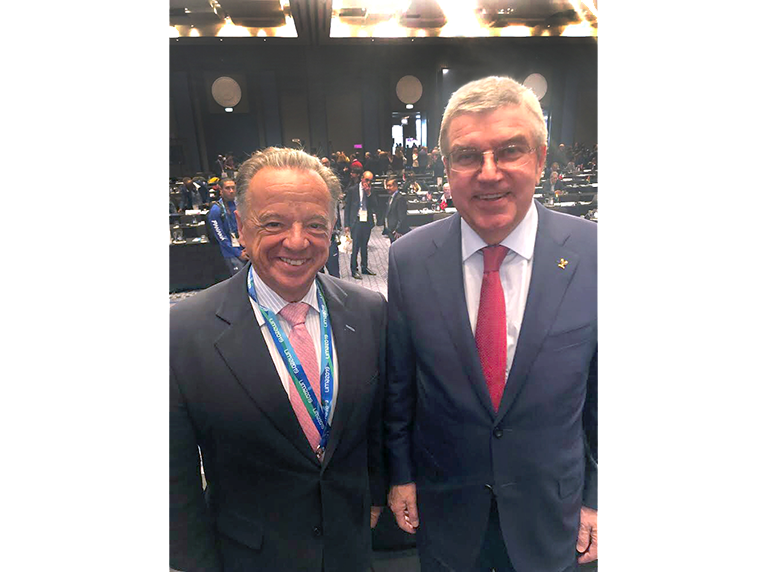 During his visit to Lima, to attend the General Assembly of the Pan American Sports Olympic Organization; President Santonja meet with the president of International Olympic Committee, Dr. Thomas Bach –former Gold Medal at the 1976 Olympic Games in Montreal-.

Both executives spoke about the 18th Pan American Games, where Bodybuilding and Fitness are medalist sports, the first time in history.