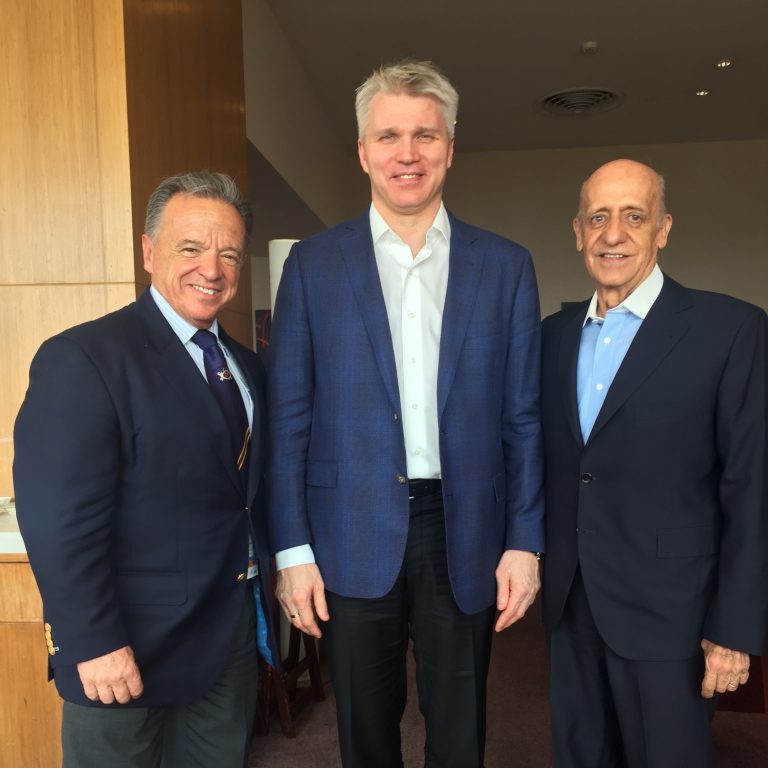 During the participation of IFBB in the 2018 World SportAccord Congress, held in Bangkok (Thailand); President Santonja is having a wide schedule of meetings and appointments with worldwide sport leaders as Dr. Julio Maglione -president of International Swimming Federation (FINA) and IOC Member- who introduced to IFBB the current Russian Minister of Sports, Mr. Pavel Kolobkov.

Former Olympic medalist in fencing, Minister Kolobkov had a friendly speech with President Santonja about the situation of Bodybuilding in Russia where, the past weekend was held the successful IFBB Moscow Cup with over 500 athletes from the country. Minister Kolobkov asked about the coming next elections in the Russian Federation and celebrated the important role of his country in the IFBB events.