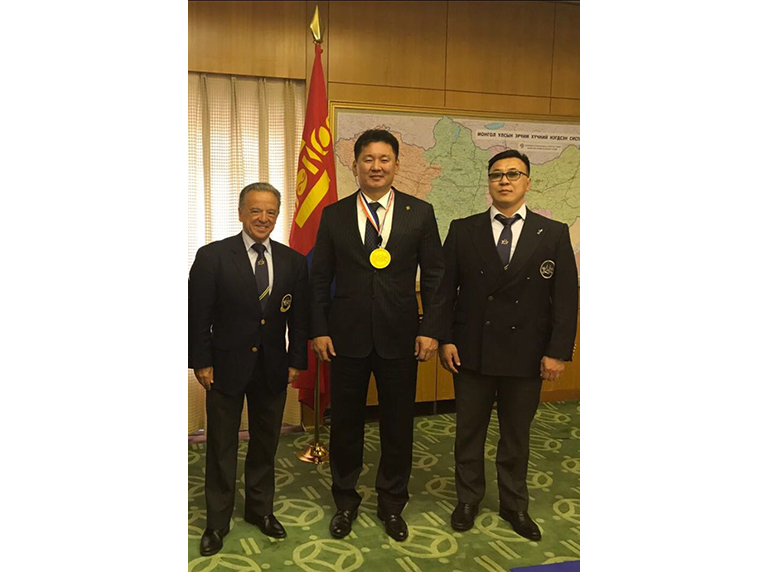 Ulaanbaatar, the capital city of Mongolia, is hosting this days (May; 18th to 21st.) the 51st. edition of the Asian Bodybuilding & Fitness Championships, with the presence of 20 countries who take part, as well, in the Annual AFBF Congress. This important even has been taken by the Mongolia´s National Federation (MUFBF) -leaded by Mr. Ochir Gambaatar- as real chance to boost Bodybuilding and Fitness in the country and integrate both sports, even more, into the national sports institutions.

Mongolia is a country that has, as a priority amongst it public activities, the development of sport, fitness habits and healthy life style, addressed to the population in general, and specialty focused amongst the new generations. IFBB President, Dr. Rafael Santonja has witnessed this status, in his trip to Ulaanbaatar where attended a meeting with Deputy Prime Minister of Mongolia, His Excellency Ukhnaa Khurelshkh.

In this meeting, where Dr. Santonja was joined by president Gambaatar and other MUFBF executives, H.E. Deputy Primer Minister was awarded with the IFBB Gold Medal, in recognition for his generous contributions in the development of sport and healthy lifestyle, in Mongolia.