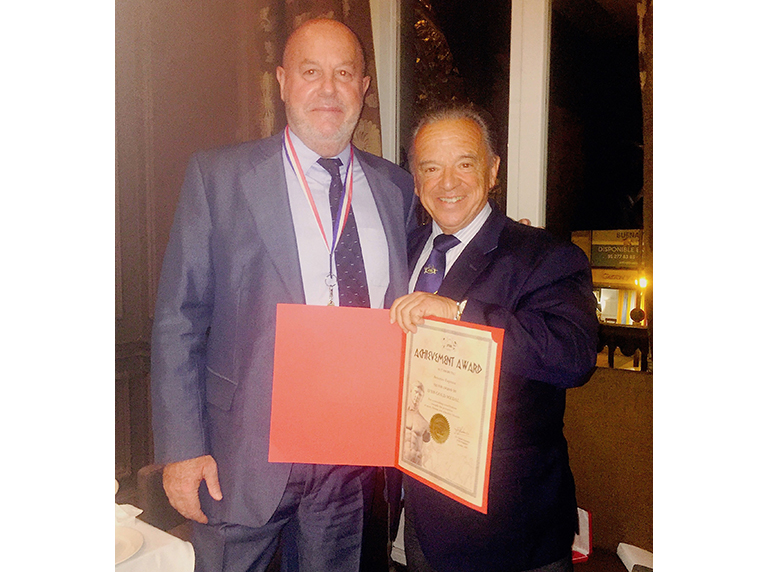 The president of the World Karate Federation (WKF), Mr. Antonio Espinós was awarded the IFBB Gold Medal during the Gala Dinner celebrated, in Madrid, by the European Federation of Bodybuilding & Fitness (EBFF), on Friday 18th January.

Sharing a long friendship with IFBB President, Dr. Rafael Santonja with whom has coincided in numerous international sports events; Mr. Espinós is as well the current president of the European Karate Federation, leading this position for more than 20 years. He was invited by President Santonja to attend the Gala Dinner celebrated by the Executive Committee of the EBFF, where he received the IFBB Gold Medal, joined by the Bodybuilding European executives.