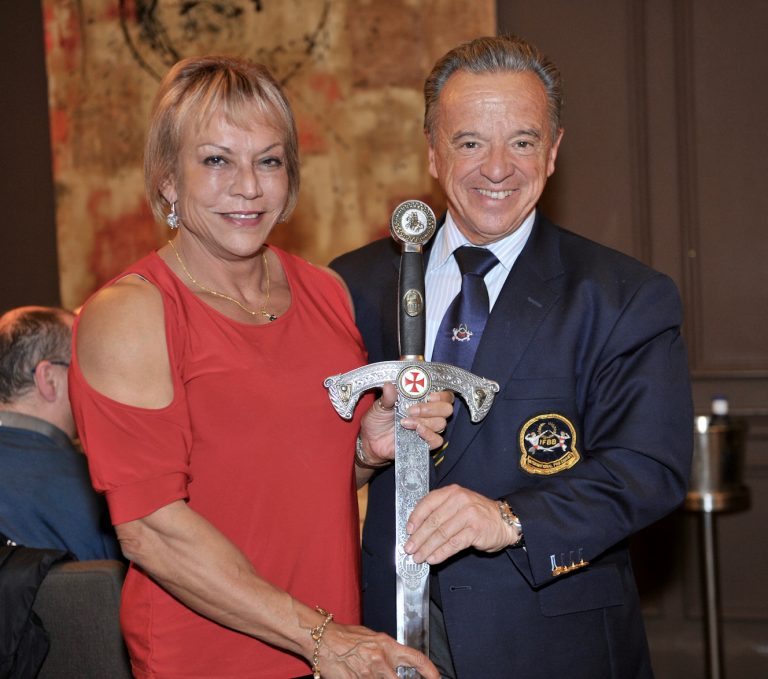 Mrs. Bergman has been always related to the Bodybuilding and Fitness, being successful either as an athlete, coach, judge, promoter or Executive official. In recognition of her awesome career, she is the first woman who received the spectacular and prestigious sword, made of Spanish steel, that represents the courage and the compromise on the promotion of Bodybuilding.