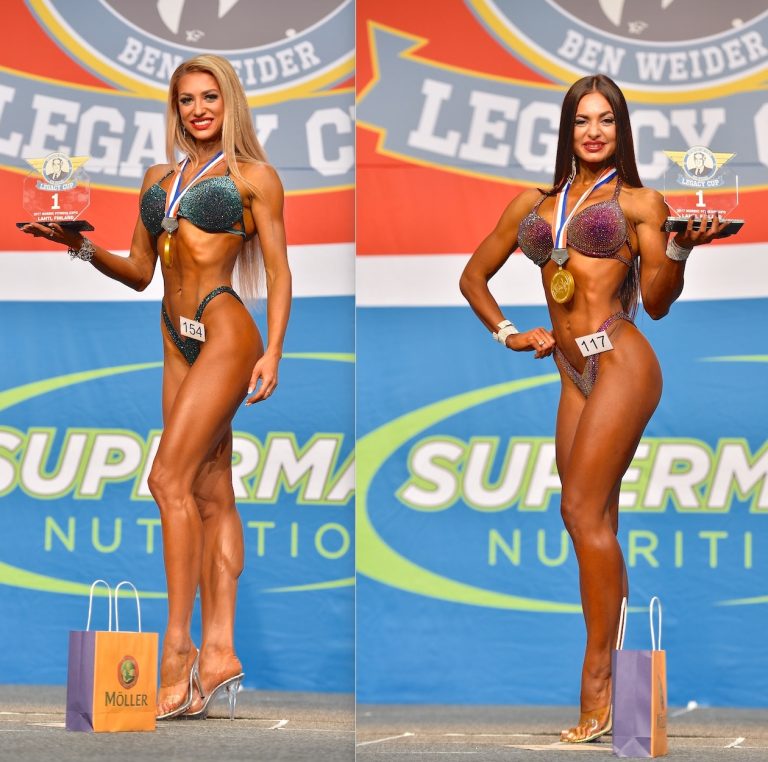 The history of our sport is full of rivalries between great athletes (Arnold vs. Oliva, Haney vs. Gaspari; Yates vs. Wheeler, etc..) and in 2017 the most interesting is the close battle between two fantastic athletes from Eastern Europe to lead the Bikini Elite Ranking: Natalia Lugovskikh (Russia) and Oksana Brygidyr (Ukraine).

Both athletes lead the Elite Ranking, right now, with 30 points; after last event celebrated in Lahti (Ben Weider Legacy Cup) and hours before the IFBB Diamond Cup Rome that starts today in Italy.

Lugovskikh and Brygidyr stays undefeated during 2017, in their respective categories, and they had this season 4 battles “face to face” at the Super Finals in Europeans Championships, Olympia Amateur Spain, Arnold Classic Europe andBen Weider Legacy Cup Lahti. In 3 of them, Lugovskikh defeated Brygidyr but the Ukrainian proved to be enough good (ACE Barcelona) to defeat the Russian, as well.

With still 3 events to get points for the final ranking (Rome, Athens and Biarritz), the final rush to lead the Bikini Elite ranking will brings a lot of challenging moments to all the supporters, thanks to this two great athletes.