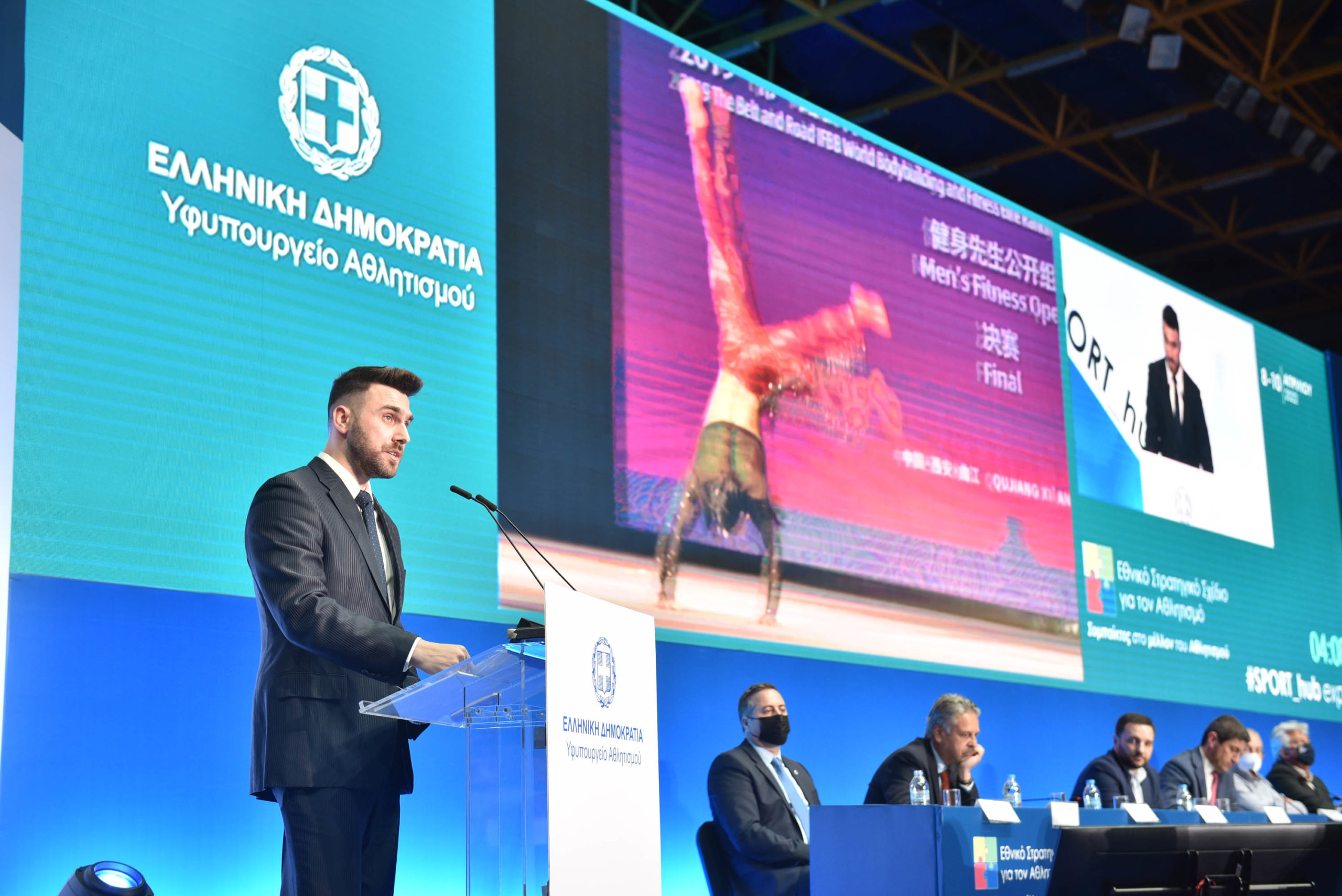 The Vice-President of the PanHellenic Federation of Bodybuilding and Fitness Mr Kliafas Stelios past weekend represented our Federation in the National Congress of the Sports Federations of Greece which was organized by the Sports Ministry of Greece and held in the city of Patras.

Mr Kliafas had a speech about the activities of our federation and made a presentation of our sport as well. Representatives from all the Sports Federations and several members of the Greek Government and the Greek parliament attended the Congress.

At the same time with the Congress a Sports Expo was running in the same venue where the PanHellenic Federation of Bodybuilding and Fitness was present as an exhibitor with a booth.