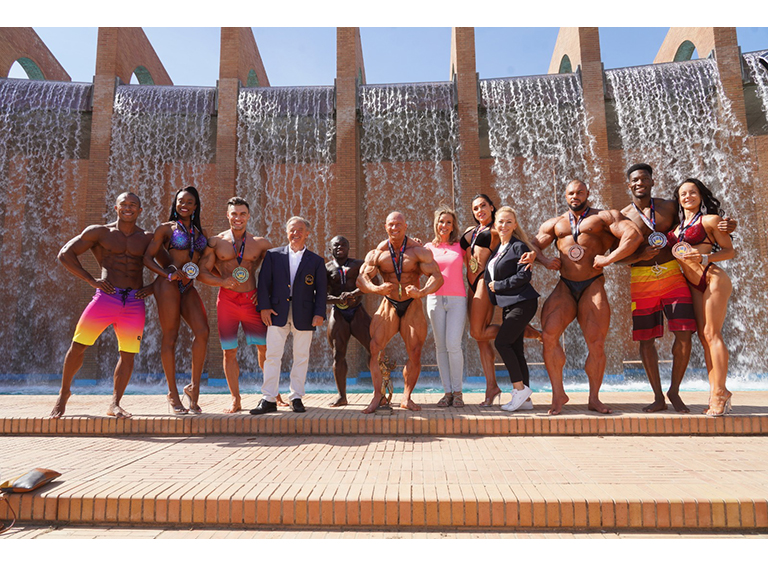 The Árnold Europa, in its 12th edition, took place this weekend from the spectacular city of Seville. More than 20,000 people attended the event, including the visit of the mayor of Seville, Mr. Antonio Muñoz Martínez, who toured the fair accompanied by the organizers, the president of the IFBB Rafael Santonja and his wife Nieves Lopez.

The event included an extensive program with more than 40 different modalities and the participation of more than 6,000 athletes from all over the world. Among the activities of Powerlifting, boxing, wrestling, fitness challenge, Zumba seminars, strongman as well as all possible forms of bodybuilding to celebrate the popular Arnold Classic Europe, in which more than 800 amateur and professional participants from all over the world , met for three intense days on stage resulting in amateur winners Kateryna Spievakova in Bikinifitness, Bright Eze in Men’s Physique, Stanimir Gaserov in Bodybuilding, Emilio Jose Bueno in master bodybuilding among others.

We can’t fail to mention the star of the event…the long-awaited IFBB Elite Pro World Championships!

In two days of competition, world champions were Sergey Sherechsev from Kazakhstan in Classic Physique, Fernanda Pagination from Brazil in the Wellness category, Eszter Balogh from Hungary in women’s fitness, the french competitor Yasmina Gouaich in Women’s Physique and the bodybuilder up to 95 kilos , Soepe Koese from Suriname.

Dmytro Horobest once again won first place in the Men’s Physique category, Alina Yaman in Bodyfitness, Anastasiia Zolotaia in Bikini Fitness. The most magical and long-awaited moment of the night took place hand in hand with the bodybuilders who finished with an incomparable down pose! The well-known Mika Sihvonen won first place, obtaining the most valued trophy in our sport.

Among the 5 finalists, we also find the promise of bodybuilding and Muscle and Health and Yavalabs athlete, Rubiel Mosquera. With a large number of attendees, both in person and via streaming, they enjoyed an unforgettable show!

The season continues and among many other events, the next Miss and Mister World in Fujeirah stands out, where we will see many of them again.