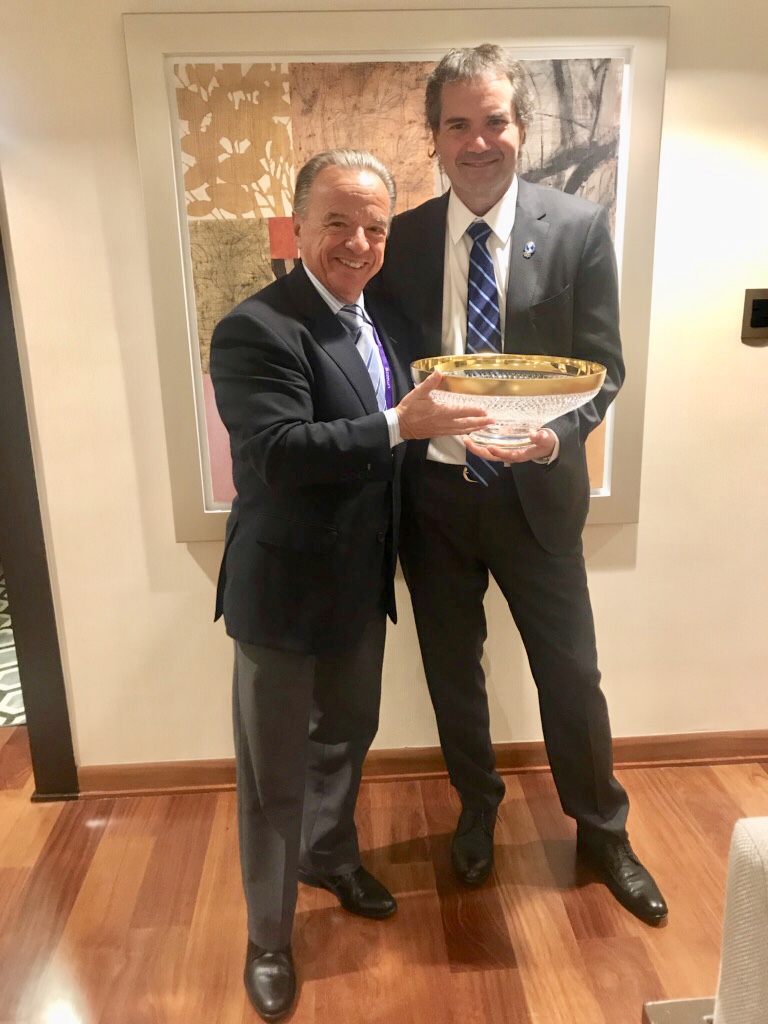 Lima, Peru, with the occasion of the Panamsports General Assembly in Lima, President Neven Ilic received the IFBB Spirit of Sport presented by President Santonja.

Panamsports (formerly knows as PASO) is the American Olympic Organization joined by the 41 National Olympic Committees of the Continent and organized every 4 years the Panamerican Games, the second largest multi-sports Games in the world, after the Summer Olympic Games.

The next coming edition that will take place in Lima 2019 is breaking the best expectation in participation, international media coverage and other areas, in the environment of the continuous growth of the Panamsports under the dynamic leadership of President Neven Ilic.

IFBB is officially included in the Program of the Panamerican Games, being as well a member of ACODEPA, Association of Panamerican Sports Confederations.

In Lima, President Santonja participated at the General Assembly as well as in many other activities. He held as well a private meeting with Eng. Neven Ilic that took time from his busy agenda to follow the progression of Bodybuilding and Fitness in the continent.