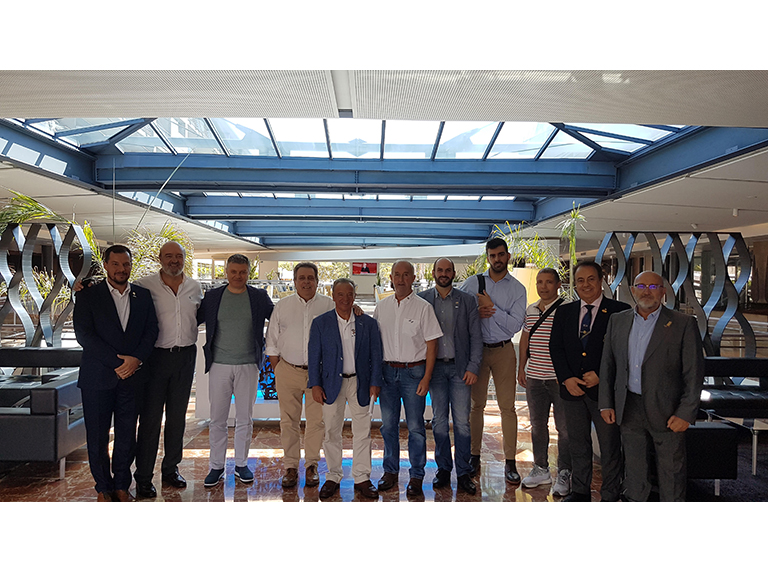 Representatives of the five international federations, Bodybuilding and Fitness, Weightlifting, Powerlifting, Armwrestling and Tug of War, involved in the design and preparation of The United Power Games, gathered in Santa Susanna (Barcelona, Spain) on last 23 and 24 September, in very useful and fruitful technical meetings, at which aspects like specific location, number of participants per sport, financing, and promotion of this new multi-sport competition were discussed. This has been the second time in which the games founding members met for progressing, following the first one held in Madrid last June. The project is solidly growing, and all the bricks are carefully placing with the aim of having a successful and sustainable event in Santa Susanna.