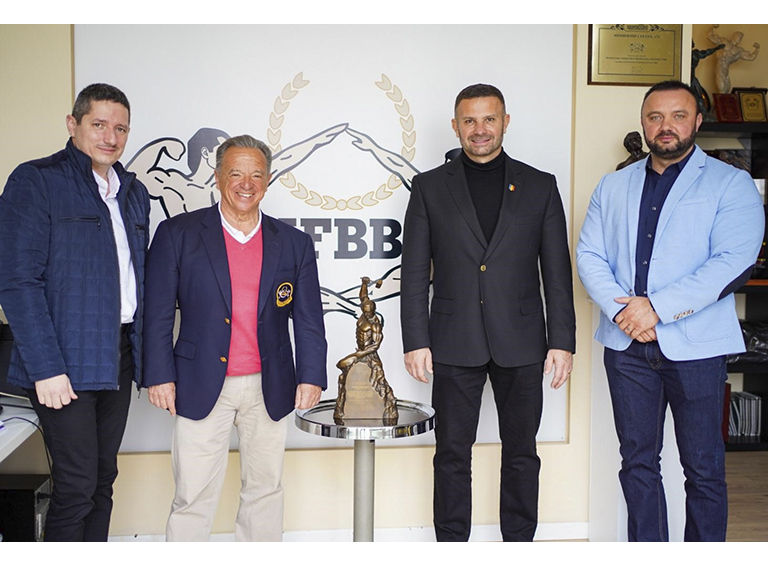 The President of the Balkan Federation visited the IFBB offices in Madrid.

Mr. Gabriel Toncean, accompanied by members of his board of directors, visited Madrid, meeting with President Santonja with a wide agenda.

The 2021 Balkan Championships will take place in Drobeta Turnu Severin, continuing with the tradition of excellent international events organized in Romania.

The Balkan area will hold other major international events this year including the Fourth Open Balkan Cup next May 21st in Knjaževac, Serbia, the IFBB World Children’s Championships, next June 11th in Cacak, city that will also host the Diamond Cup in Serbia next October 29th, and another Diamond Cup in the Republic of North Macedonia, and other countries.

In the meeting was also evaluated the possibility of organizing the 2022 IFBB World Men’s Championships and Congress in the city of Cluj Napoca, a project that is very well received by the IFBB, in a city that has magnificent sports facilities, and the best capacity for large-scale events.