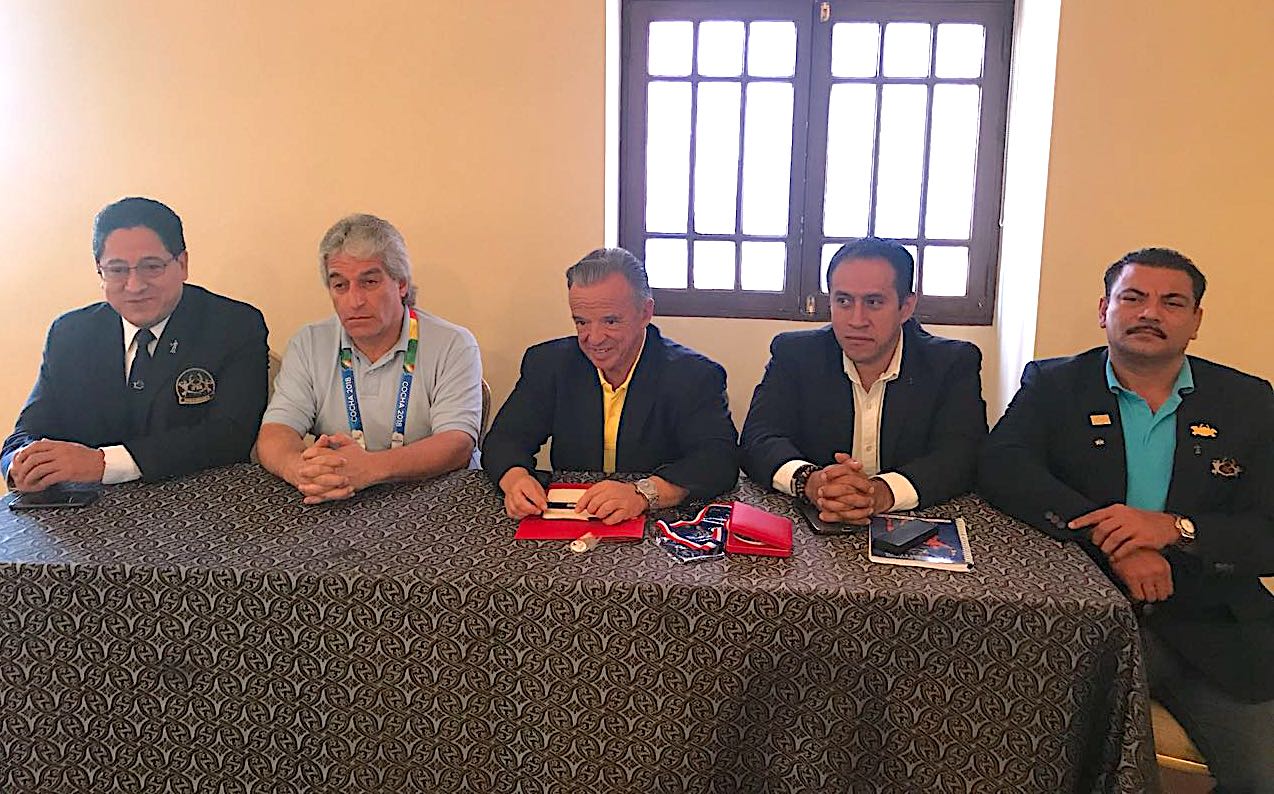 Bodybuilding is included in the 11th edition of the South American Games -the multi-sport event organized by ODESUR that is being held in Cochabamba (Bolivia), from May 26th until June 8th- and IFBB President Dr. Rafael Santonja arrived from Spain, in order to attend the competition joined by the IFBB American Executives, besides to celebrate several appointments with different Sport dignitaries from the South American sport family.