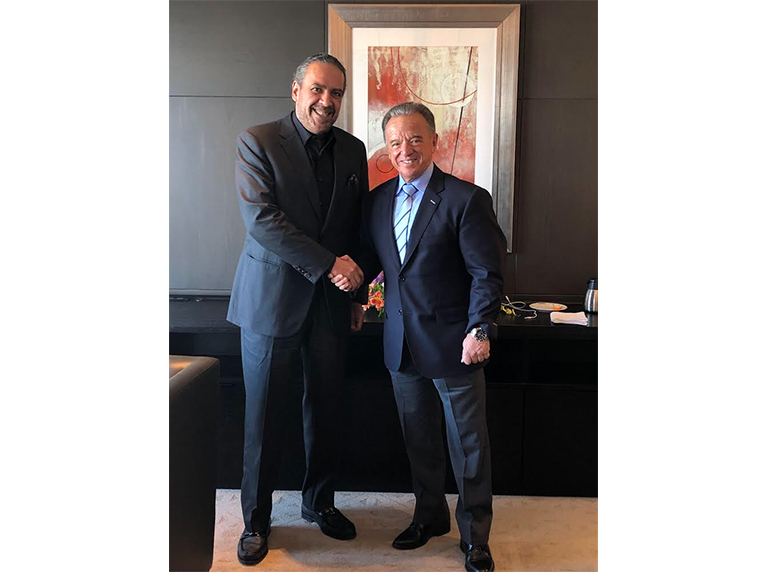 In a new step towards the goal of Olympism, President Santonja is in Tokyo (Japan), attending the 23rd General Assembly of the World Association of National Olympic Committees (ANOC).

Tokyo will host from November 26 to 30, this important meeting point for all the National Olympic Committees (NOCs). The General Assembly is the supreme governing body of the ANOC: the umbrella organization responsible for protecting and advancing the interests of the worldwide NOCs, supporting and promoting the Olympic Values.
President Santonja traveled to Tokyo, one day earlier to meet H.R.H. Sheikh Ahmad Al Fahad Al Sabah -president of ANOC and president, as well, of the Olympic Council of Asia (OCA)- a great sport leader that has always extended generous support to the sports of Bodybuilding and Fitness and to whom IFBB is deeply grateful.

Picture: President Santonja, meeting in Tokyo with H.R.H. Sheikh Ahmad Al Fahad -president of ANOC and president, as well, of the Olympic Council of Asia (OCA)-.