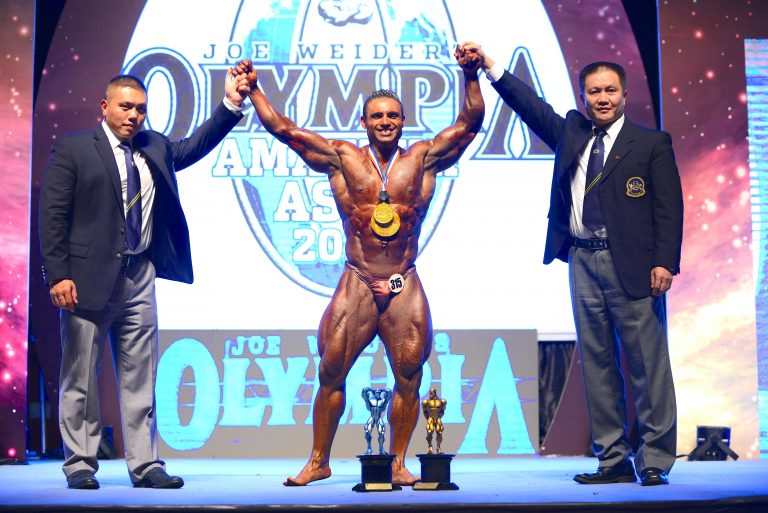 Three days before starting the 2017 World Bodybuilding Championships (Benidorm; Spain); it´s important to have a look on the recent Asian Amateur Championships celebrated in Hong Kong (23rd to 25th November), where Iran proved to be one of the most powerful countries in Bodybuilding.

Fantastic Reza Rezaei became the winner of Heavyweight category (-100 kg) and the overall champions, after having the best scores in the Super Final. With his fantastic shape, the Iranian athlete won not only the Pro Elite Card for 2018 but, as well, the attention for the coming next World Championship.