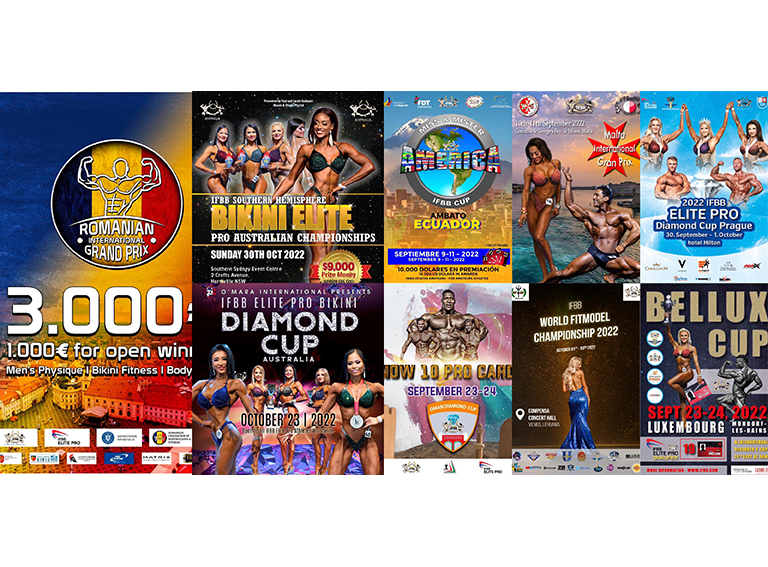 The month of September begins with great dynamism, presenting a great number of events and competition opportunities for our athletes

In Latin America we will have two important events starting in Ecuador with the Ms & Mr. America IFBB Cup from the city of Quito and continuing with the North American Championship that will take place in Mexico City at the end of the month.

On the European continent, we will start in Sibiu city of Romania with the Romanian Grand Prix and the Fit Model World Championship in Lithuania, continuing in Malta, where the well-known IFBB Malta Grand Prix will take place. The month will end with the IFBB Belux cup from the city of Mondorf-Les-Bains in Luxembourg.

In Oceania, from the city of Sydney, bikini fitness from all over the world will meet in the month of October, in the Elite Pro Bikini Diamond Cup and the Southern Hemisphere Bikini Elite Pro Australian Championship.