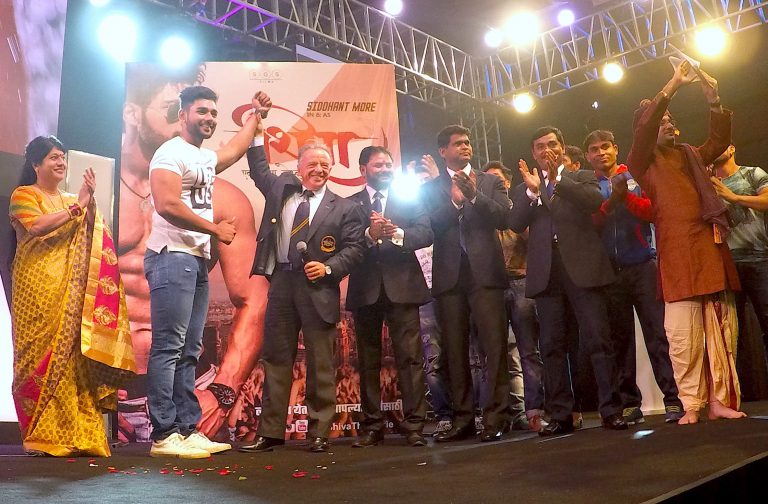 Entrepreneur, movie actor and Classic Bodybuilding IFBB athlete; Siddhant More is a charismatic young star in India. Born in 1995, he grew up in an sports family environment; his father –Mr. Sanjay More-, was a bodybuilder and currently is the General Secretary in Indian (IBBFF) & Asian (AFBF) Federation. Beside his sport education, he reached his graduation in “Bachelor of Commerce”, at BAMU University.

With his 177 cm and 90 kg solid muscled bodyweight as athlete, Siddhant was the youngest bodybuilder to achieve a Silver medal, at the senior IFBB Asian Bodybuilding Championships (2015; Japan), when he was only 19 y.o. and the first Indian to bagged the medal, in Classic Bodybuilding.

In year 2016, Siddhant got a huge break as he was signed for Marathi movie name “SHIVA” (releasing in end of 2017) directed by Vijay Shinde. Along with his acting career, he started his business career and launched the chain “Be the Best” Health Club.

Picture: Siddhant More, with IFBB President and his fathers; at recent Olympia Amateur India, announcing the next release of the film “Shiva“.